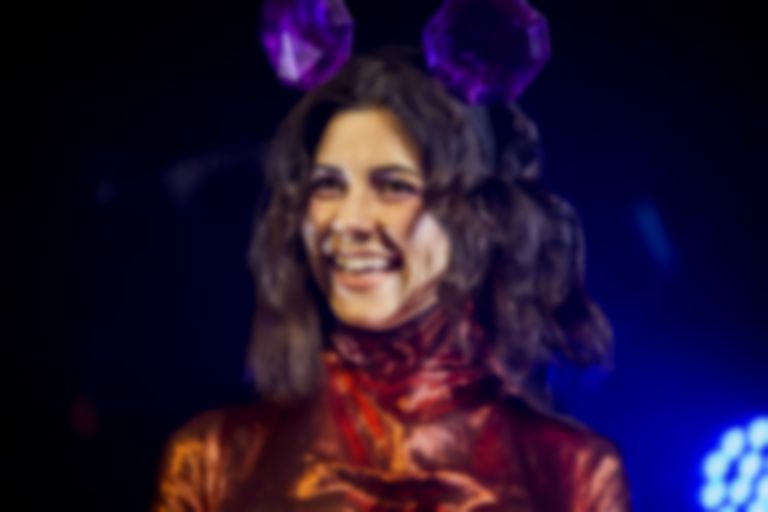 The full video of Marina and The Diamonds' Oxford Union address/Q&A, about "The Power of Pop Music, Fans and the Songwriting Industry" is online.

The Oxford Guild Society is Europe's "largest and oldest professional society", and dates back to 1897. Marina and The Diamonds - aka Marina Diamandis - actually delivered the address back in February, but the full video has only just emerged.

Marina Diamandis, better known by her stage name, Marina and the Diamonds, has described herself as an “indie artist with pop goals”. Her distinctive style and original fusing of different musical elements point to her indie status, whilst the widespread success of her music suggests her pop goals have been met. Diamandis's music also deals with human behaviour and society. Her first chart-topping album, Electra Heart, explores female stereotypes in American culture; the songs are centered on personas such as ‘Primadonna’, ‘Housewife’ and ‘Homewrecker’. Diamandis's most recent album, Froot, achieved global commercial and critical success.

Read Diamonds Are Forever, our longread feature with Diamandis.

Watch the full address and Q&A below. You can check out Kanye West's OU address here.