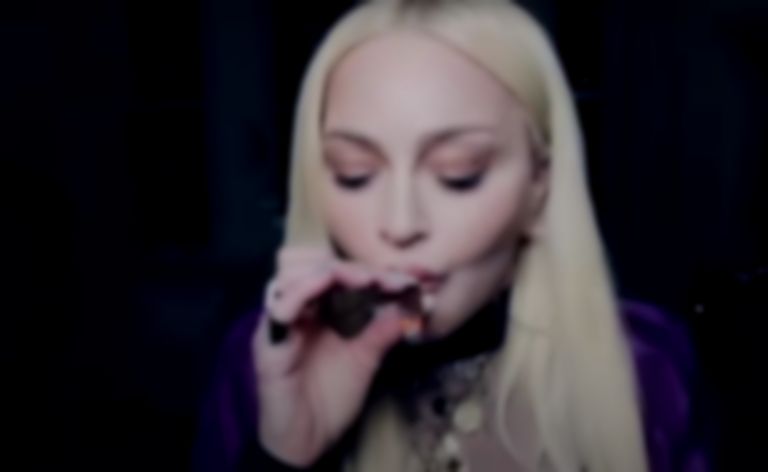 Snoop Dogg has released the video for his latest single "Gang Signs", and when he references Madonna in one of his lyrics, the star actually makes an appearance in the video.

The legendary rapper released "Gang Signs" featuring Mozzy last month, and yesterday (6 May) the official video was unveiled, which features a cameo from Madonna.

In the verse where Snoop Dogg raps: "Still sippin' gin and juice while I'm smoking marijuana / I bet you never blew with Obama / Crip walking with my homegirl Martha / While I'm passing joints to Madonna", a clip of Madonna smoking appears on screen.

Madonna wrote of the cameo onn Twitter, "Was so much fun to show up in Snoop Dogg video for his new song Gang Signs!"

Was so much fun to show up in @SnoopDogg video for his new song Gang Signs! !! pic.twitter.com/d43cMncaRm

Snoop Dogg's "Gang Signs" song and video is out now.