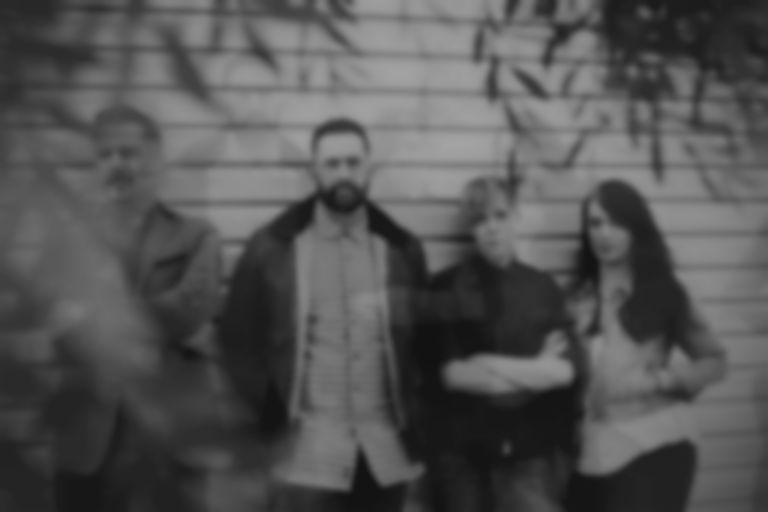 It's taken from The Golden West, the band's forthcoming debut record. They've already drawn comparisons to Broken Social Scene and Arcade Fire for their epic, prescient and intelligent rock tunes, all tinged with nuanced flavours of indie, pop, electronica and various other aural titbits.

The album tackles some hefty themes and discussions like the housing market, technology boom, the economy and the power of the corporations. It's galvanised by the tragedy that local citizens embedded in the city's culture, arts and music scenes are being priced out of their homes by faceless businesses, leaving a vapid, soul-extracted shell in the wake.

The band explain: ‘’What is happening in SF is happening in NYC, Detroit, and to my knowledge, just about every major city in the US & Europe, so the album's themes of dread, uncertainty, and displacement feel pretty timely, if not universal. We know we’re not the only ones experiencing an inordinate amount of disillusionment and disaffection... there is a dark side to SF's latest economic boom, and this is our snapshot of it.’”

Speaking specifically about the track "City Lights", the band's Andrew Gomez said: “I listened to the demo of this song while staring at the city from my apartment building's rooftop, and it's the perfect soundtrack for when you're pensively staring at the city lights and start feeling like an insignificant speck in the face of a tidal wave of change. It's my own projection, but it does a great job of articulating my own fears about losing my little niche in this town.”

Listen below to "City Lights".