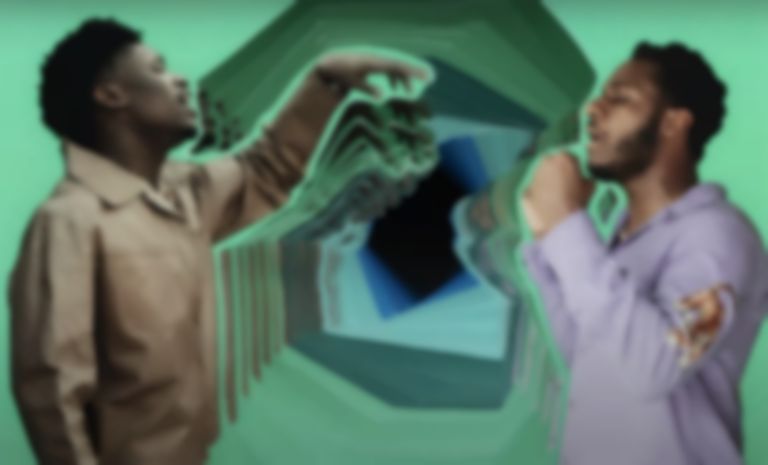 Leon Bridges and Lucky Daye have teamed up on slick debut collaboration "All About You".

The new track features production from Ricky Reed, and was created after Bridges and Lucky Daye met by chance at an LA studio.

Bridges says of the collaboration, "For this song, we set out to bring back the energy of some of the 90’s R&B greats we grew up listening to. The way Lucky and I met was completely organic. One night when I was out on the town in LA I ran into a friend of Lucky’s who suggested that we should collaborate. I was totally down but wanted our connection to be natural and chill. The day after, I was in the studio and Lucky randomly shows up. I grabbed my guitar and we tossed around some melodies and lyrics and "All About You" was born."

Producer Reed adds, "It was the last day of our session. We weren't even trying to write anything, just finish up a tune. Then we got word Lucky was pulling up. When they first met in the studio kitchenette Leon was already holding a guitar, playing the chords. Lucky started singing, we dragged a mic over by the sink and started capturing. I fired up the drum machine. Song was done about two hours later. Never seen anything like it from two strangers, now friends."

"All About You" marks Bridges' first outing since his June single "Sweeter", and is Lucky Daye's first collaboration since appearing on Keedron Bryant's "I JUST WANNA LIVE", also featuring Andra Day and IDK.

Leon Bridges and Lucky Daye's debut collaborative single "All About You" is out now.