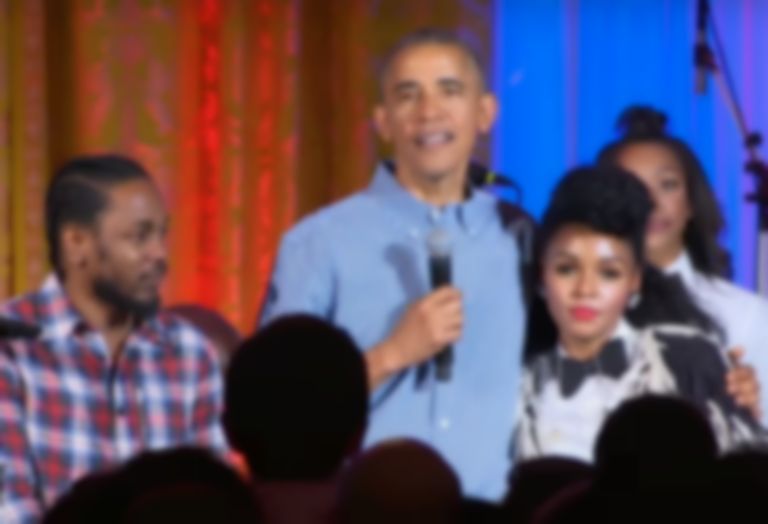 Barack Obama has shared his surprising, yet brilliant end of year lists on tracks, books, and movies, with Kurt Vile, Poppy Ajudha, and more making the cut.

The Carters' "APESHIT" sits at the top of his EOY track list, followed by Leon Bridges' "Bad Bad News", and H.E.R.'s "Could've Been" featuring Bryson Tiller.

Janelle Monáe's "Make Me Feel" is further down the list near Chance The Rapper's "My Own Thing" with Joey Purp. Kendrick Lamar even makes the cut with his feature on Jay Rock's "Wow Freestyle".

Cardi B's smash hit "I Like It" is also featured on the list, with Prince's "Mary Don’t You Weep (Piano & A Microphone 1983 Version)".

Obama also commemorates the passing of jazz singer Nancy Wilson by naming her The Great American Songbook as a "classic album".

You can view his lists of top tracks, movies, and books - his favourite book being Michelle Obama's Becoming - over on his Facebook.