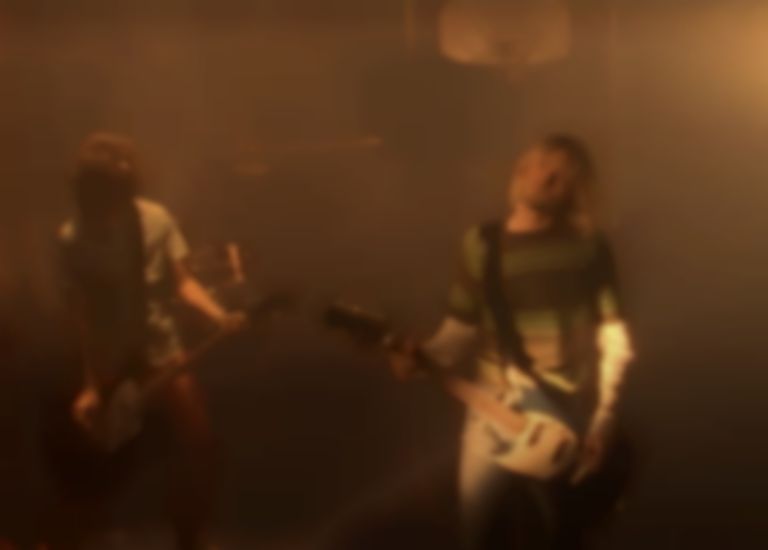 Kurt Cobain's iconic Fender Mustang guitar used in Nirvana's "Smells Like Teen Spirit" video is set to go up for auction in May.

The legendary guitar will be part of Julien’s Auctions’ three-day Music Icons event taking place from 20-22 May. The auction will be held at New York’s Hard Rock Cafe and online.

Cobain's left-handed Fender Mustang guitar was used in Nirvana's "Smells Like Teen Spirit" video, and is estimated to fetch $600,000-$800,000 at auction.

The late musician told Guitar World in 1991 of the guitar, "I’m left-handed, and it’s not very easy to find reasonably priced, high-quality left-handed guitars. But out of all the guitars in the whole world, the Fender Mustang is my favourite. I’ve only owned two of them."

Spin reports that the guitar will also come with an exclusive NFT that sees Cobain's gutiar tech Earnie Baily speak about the cultural significance of the instrument, and also includes a 360-degree digital image of the guitar.

Darren Julien, President and Chief Executive Officer of Julien’s Auctions said, "To see this fabled guitar, one of the most culturally significant and historically important guitars not only of Kurt Cobain and Nirvana’s legacy but in all of rock music history, come to our auction house has been one of our greatest privileges and most distinguished honors."

A portion of proceeds from the auction will be donated to the Kicking the Stigma initiative to coincide with Mental Health Awareness Month in May.

On top of Cobain's Fender Mustang going up for auction, Cobain's 1965 sky blue Dodge Dart will also be auctioned off. The vehicle will include the original license plates, and is expected to get $400,000-$600,000 at auction.

The auction takes place from 20-22 May. Visit jueliensauctions.com for more information.