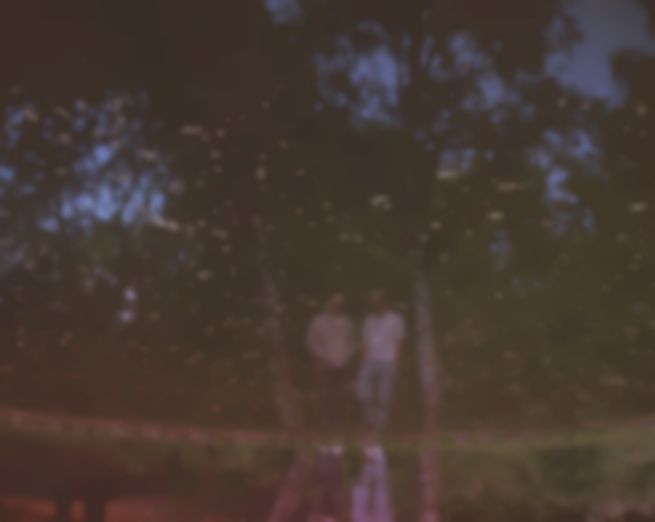 Korallreven have decided to call it a day - but they'll release a final single called "Here In Iowa" as a leaving gift.

They have also announced a brace of final shows - one on 17 September at the Wythe Hotel in Brooklyn for the Cascine 5YR Anniversary show, and one last hometown swan song on 17 October at the Debaser Strand in Stockholm.

Nature is threatened, Korallreven dies, while we Here In Iowa, keep sippin' on life as it was a slush

In one final statement, the duo say:

It has been a trippie trip, sort of a dream come true, sort of a dream become shattered. Kinda incredible how Korallreven, with this weird name in Swedish snowballed from bedroom recordings in Stockholm into a headlining US tour, festivals around Europe, amazing collaborations and all this love we have felt from all around. It's been magic, but there is a time for everything and an end to everything too, also with Korallreven.

So, enjoy this single, as you would the last drop of fresh water in the jungle. It sort of underlines exactly everything we wanted to do from the beginning but never yet achieved. Lifelovingness, big words and melancholy in three and a half minutes, for the last time.

Korallreven's final album Second Comin' is out now. We were mightily impressed - we slapped it with an almost perfect score.

"Here In Iowa" is out digitally via Cascine (worldwide) and Tuf Luv/Sony (Europe), and as a picture flexi-disc via Be Here Records.

Stream "Here In Iowa" below.