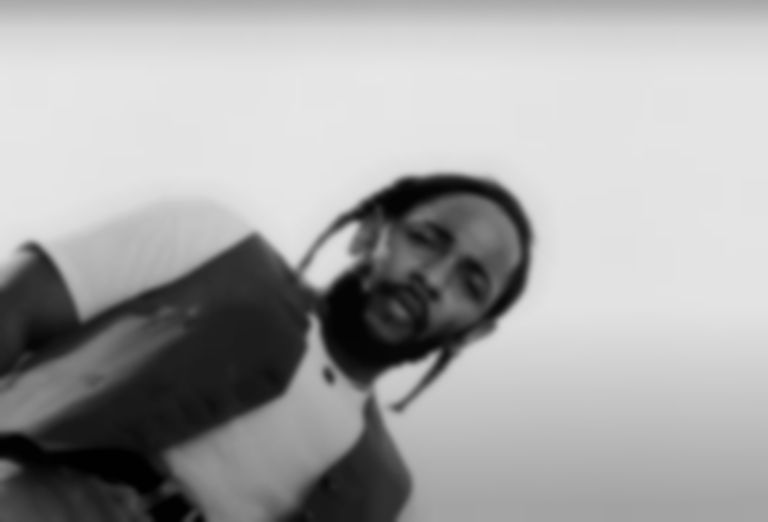 Apple Music has revealed that Kendrick Lamar's Mr. Morale & The Big Steppers achieved the most first-day streams for a 2022 album on the platform so far.

Last Friday (13 May) Kendrick Lamar returned with his Mr. Morale & The Big Steppers album, and also announced more than 60 2022 tour dates in support of the new record, and on Saturday (14 May) Apple Music revealed that the new album had achieved the most first-day streams on the platform for "an album released so far in 2022."

K-Dot's 'Mr. Morale & The Big Steppers' had the most first-day streams for an album released so far in 2022.https://t.co/Abap1ayEtY pic.twitter.com/paCc9HyykQ

According to Chart Data on Twitter, Lamar's new album also passed 100 million streams in the first day on Spotify, making it the "fourth biggest album debut of all time" on the platform.

Lamar celebrated the release of his follow-up to 2017's DAMN. in Ghana over the weekend, visiting the Freedom Skatepark in Accra, as well as playing football and hanging out with the locals.

Our day in Accra, Ghana with @kendricklamar pic.twitter.com/3JsfGVvDlp