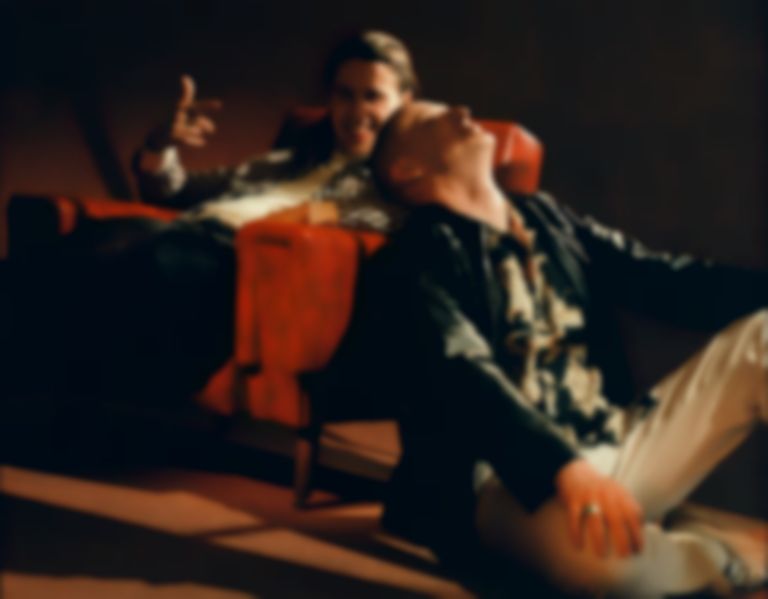 Jungle have delivered new single "Talk About It", which arrives as a second taster of their upcoming third album Loving In Stereo.

"Talk About It" is the second track to be lifted from their new album, following lead single "Keep Moving" that dropped in March, and was written with friend and collaborator Inflo (Little Simz).

Jungle say of the new release, ""Talk About It" is the second single from our 3rd LP Loving In Stereo and it definitely gives listeners another taste of the energy we’ve delivered on this album. The bass riff and drum break were recorded very early on during the process of making this record and it was one of the songs where we really bottled the essence of the idea from very early on and not over-work it. The video is high energy and was one of the last we shot during the week of filming. You can see that the dancers are at their limit and that gives an incredible atmosphere to the performances."

Loving In Stereo will follow Jungle's 2018 album For Ever, and marks the first time the duo have worked with other vocalists, including Priya Ragu and US rapper Bas.

"Talk About It" is out now. Jungle's Loving In Stereo album will arrive 13 August, and is available to pre-order now. They're due to play London's O2 Academy Brixton from 1-4 September. Tickets are on sale now at junglejunglejungle.com.