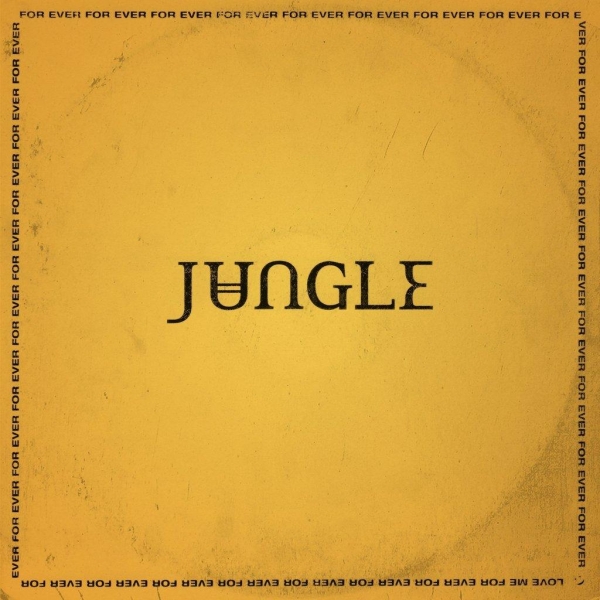 Those dueting falsettos. That shuffling groove. That old-school funk with a new-school gloss.

Since Jungle’s self-titled debut dropped four years ago their sound has become instantly recognisable. It makes you want to slip into a pair of roller skates and hit the rink to bust out a few moves – even if you haven’t got any. It makes you want to throw on an Adidas tracksuit and be the b-boy or b-girl you never knew you wanted to be – even if you know that pursuit will very likely end in either crunching pain or mortifying embarrassment, or both. Bottom line: it makes you want to have a good time. The debut from Shepherd’s Bush duo Josh ‘J’ Lloyd-Watson and Tom ‘T’ McFarland was feel-good music in its purest, most unapologetic form.

What followed was a Mercury nomination, a half a million sales, and a two-year-long global tour as a formidable seven-piece live act. After many a move had been busted, it was time to get back in the studio though, so J and T picked up their Shepherd’s Bush sticks and headed to sunny Los Angeles to grab their own slice of The Californian Dream. Storybook stuff. But it wasn’t long till they realised that it wasn’t for them, that it all felt just a little too alien. They were both just going through break-ups with their respective long-time partners too. Lost and broken, they seeked out solace back home in their West London ends, and in doing so, found firm footing once more, as well as a kindred spirit in producer Inflo, who most recently worked on Michael Kiwanuka’s excellent second album. Eventually, the three of them had 13 tracks and second album For Ever was born.

Cue more vibes. Deeper. Richer. More kaleidoscopic. Jungle was the soundtrack for the events of a single night, from picking out and throwing on your finest threads, to the sweaty mess of the party in full swing, to the inevitable feeling-tender-and-fragile-but-I’d-do-it-all-over-again come down. For Ever is much more than that. It’s not just a transitory snapshot of what was an ultimately superficial and inconsequential time you experienced, as hellish fun as it was. In For Ever, J and T have taken their ability of animating moments in life, and have looked inward, applying it to their fresh heartbreak. Littered all round there’s signs and sounds of love’s wreckage: the vulnerability hidden behind the shiny mask of jubilance of “Heavy, California”; the resentment in the warm crackle of “Cherry”; the sweeping, weeping strings in closer “Pray”; the longing notes of a dusty piano in “Cosurmyne”.

From front to back, exposed on the surface plain to see or hidden just out of sight under it, the pains of losing love make themselves all too clearly known on For Ever. If a few years ago Jungle were sounding like two helium-sucking party merchants with little else on their mind than looking to have a blast, in 2018, they’re sounding a whole lot more down to earth and human. Falsettos, grooves, glossy funk, it’s all still there, but there’s a substance to it all now. Their sound on For Ever is rooted in the emotional terrain that J and T have explored in the recent past, and it’s all the more real for it.