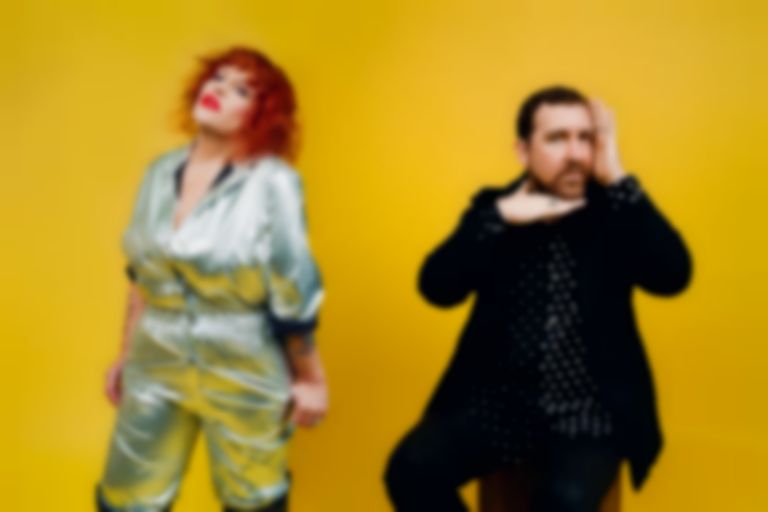 HARD FEELINGS, the new collaborative project of Hot Chip's Joe Goddard and Amy Douglas, have signed to Domino and unveiled their debut outing "Holding On Too Long".

"Holding On Too Long" is the first release from Goddard and Douglas' new collaborative duo HARD FEELINGS, and is teamed with a Katie Paul-directed video.

Douglas says of their debut single, ""Holding On Too Long" is the common denominator of the entire musical union of Amy and Joe. In this "opera of sad bangers" here is its key aria, its "Un Bel Di" from Madame Butterfly or the "Mad Scene" from Lucia Di Lammermour, the unforgettable moment of the story wherein our heroine stands up defiantly and has her moment to wail, scream and cry her pain and fury centre stage to the world."

HARD FEELINGS was formed after Goddard reached out to Douglas on Twitter after hearing her work, and simply asking: "Amy, can we make a thing?"

"Holding On Too Long" by HARD FEELINGS is out now on Domino Record Co.