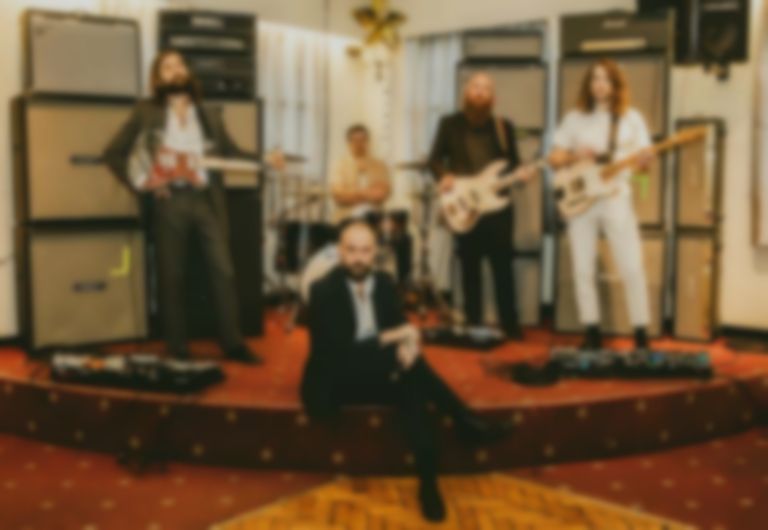 IDLES' cover of Gang of Four's "Damaged Goods" has been unveiled today (28 May) as the latest preview of the new tribute album The Problem of Leisure: A Celebration of Andy Gill and Gang of Four due out next week.

The group's fierce cover of Gang of Four's "Damaged Goods" follows Warpaint's cover of "Paralysed" that landed in March, and will appear on the tribute album alongside 3D's remix of "Where the Nightingale Sings" featuring Nova Twins and Serj Tankian and Tom Morello's cover of "Natural’s Not in It".

IDLES say of their cover, "IDLES does not exist without Gang of Four. "Damaged Goods" still sounds new and exciting after the millionth listen. We jumped at the chance to just play it, let alone record it. It was an honour, a joy and a privilege."

Andy Gill's widow Catherine Mayer adds, "One of the last emails Andy ever sent set out his provisional album track listing. He wanted the album to open with IDLES’ version of "Damaged Goods" because its attack and energy are simultaneously so very Gang of Four and so unmistakably IDLES that he thought it would make the perfect introduction to the project. Also he just loved it."

The Problem of Leisure: A Celebration of Andy Gill and Gang of Four will also include contributions from La Roux, Everything Everything, The Dandy Warhols, Flea and John Frusciante of the Red Hot Chili Peppers, Gary Numan and more.

IDLES' cover of Gang of Four's "Damaged Goods" is out now. The Problem of Leisure: A Celebration of Andy Gill and Gang of Four is due for release on 8 June, and is available to pre-order now.