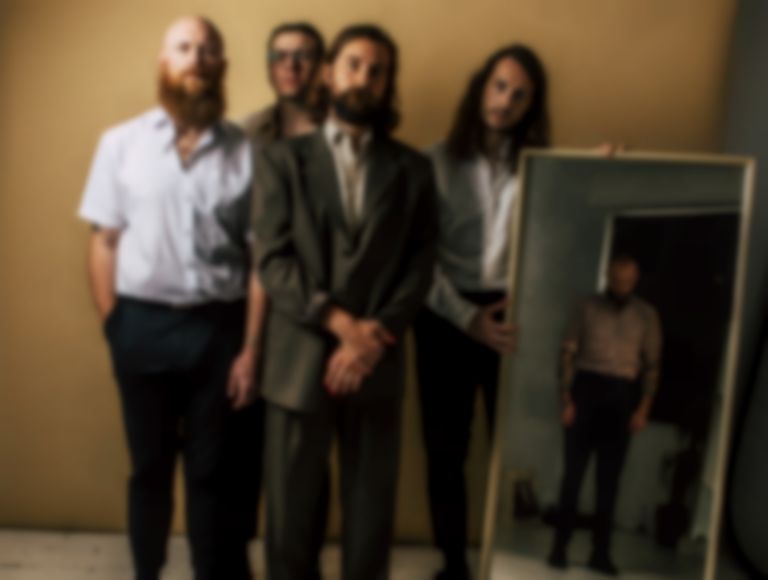 "Car Crash" follows September's lead single "The Beachland Ballroom", and is accompanied by a video created by Matthew Cusick and edited by IDLES' own Lee Kiernan.

Joe Talbot says of the new release, "It’s the horrific, comedown hangover -- waking up in the morning and realising the smashes, like, what the fuck am I doing with my life?"

Guitarist and co-producer Mark Bowen adds, "We wanted it to be as violent as possible to reflect that event. I really wanted it to be this sonic touchstone. We recorded the drums beforehand and put them on a vinyl acetate. Whenever you replay an acetate, because it is kind of like a liquid, it degrades every time. It touches on things being transient and momentary - even a single drum hit. It’s like a memory, when the moment has passed and you deal with the repercussions over and over again, and they morph and change into something else. It’s one of the first times on an IDLES song where we used proper effects on the vocals -- it was Joe going through my pedal board, so you get both clarity and degradation."

CRAWLER, recorded during the pandemic at Real World Studios in Bath, is co-produced by Kenny Beats and Bowen, and will follow last year's Ultra Mono.

"Car Crash" is out now. IDLES' CRAWLER album will be released via Partisan Records on 12 November, and is available to pre-order now.