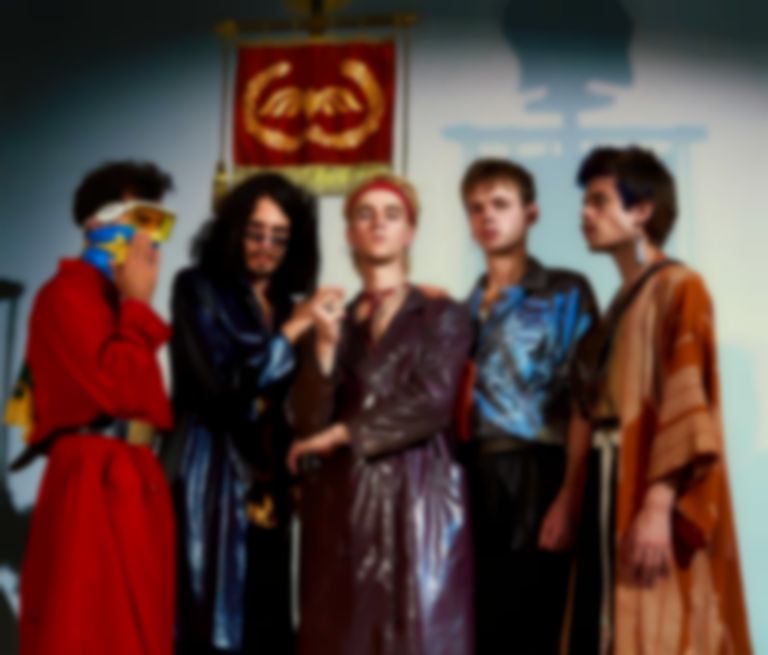 HMLTD have returned with "Why?", the fifth single to be shared from their highly-anticipated debut album West of Eden.

"Why?" lands after October's "The West Is Dead", and September's "LOADED".

The new single includes a Japanese verse and also some "gibberish", and arrives with an animated visual Collectif 99°, a Paris-based collective founded by 10 graduates of the Atelier Supérieur d’Animation.

Discussing the new offering in more detail, HMLTD's Henry Spychalski says, "A further mirror to the modern world we live in - via exploring the paradoxical loneliness that defines modern, urban life. Set in Tokyo, the world’s largest metropolitan city and with the verse written in Japanese the song talks about being surrounded by people but an ever increased alienation and detachment from surrounding, neighbours and relationships. As the song progresses, the chorus sounds like Japanese but in fact is gibberish - mimicking the vertigo of detachment. Even when one does communicate. Is anybody really listening, understanding or trying to understand?"

Speaking about their West of Eden album, Spychalski adds, "This album is about the myth of man and is told as a monomyth. While we obviously must have humility about our limited role as artists, West of Eden exists to examine the myth of man and to propose a newer, better, kinder mythology. ‘The world is ours, and the world is a blank slate.’ It is a deeply personal album. Birthing it has been the single greatest pain and privilege of our lives."

"Why?" is out now. HMLTD's West of Eden album will be released 7 February 2020 via Lucky Number, and is available to pre-order now. They play London's Lafayette on 20 February 2020. Find out more.