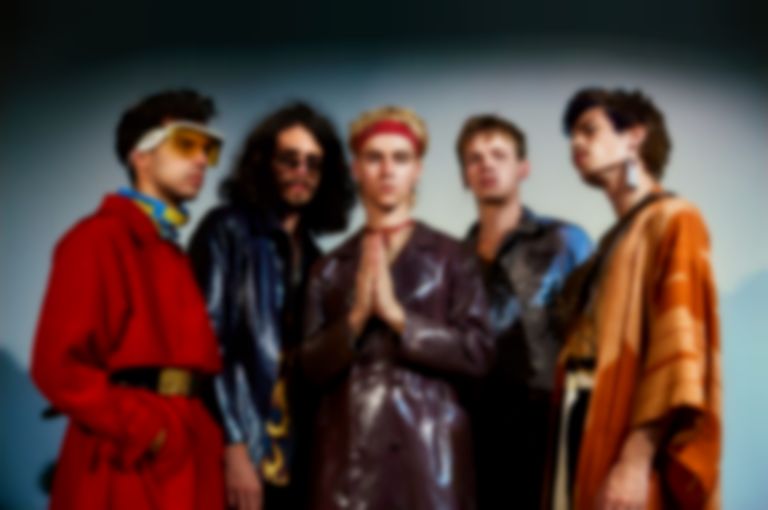 London five-piece HMLTD have revealed that they've signed to Lucky Number, as well as sharing their first new single of the year, "Loaded"

Speaking about the new single and accompanying visual directed by Mood Killer, HMLTD explain, ""Loaded" is a song about a Faustian bargain, inspired by real events of which we were very much a part. Satan found our souls to be faulty and has been fully refunded. "Loaded" is a story of self-deprecation, self-aggrandisement, and self-commodification. It is a self-help book to recovering from all of the above. "Loaded" is a song about material wealth and spiritual poverty; the depths of which we have ploughed and plundered til penniless in both pound and principle. We have scraped the barrel of our hollow, piggy bank soul husks to bring it into this world. We did it for you, but mainly for us."

"Loaded" is out now. HMLTD will play London's XOYO on 24 October. Find out more.