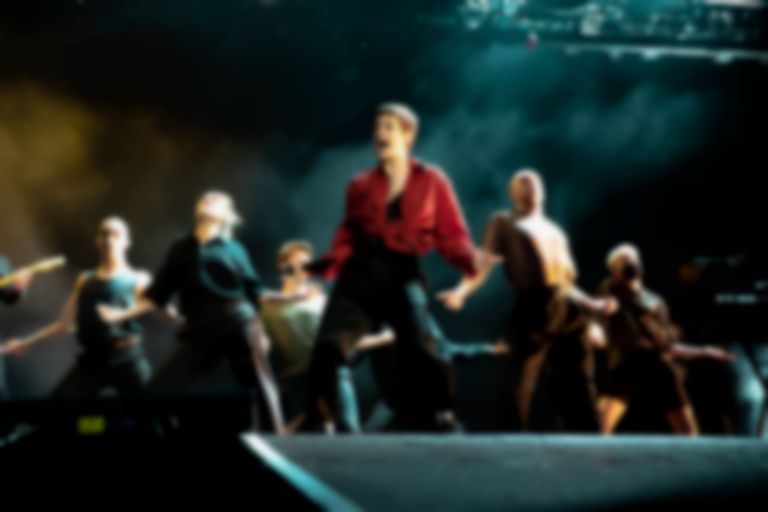 “You can just call me Chris!” Héloïse Letissier told the crowd at Victoria Park as she played her debut festival headline show at yesterday’s All Points East, before adding “who has time for ‘-tine and the Queens anyway’?"

With an energetic performance complete with pyrotechnics, smoke machines, confetti, choreographed dances, and moving sets, Letissier took the stage after the likes of Rina Sawayama, Toro Y Moi, Beach House, and Metronomy. Signature hit “Titled” gave the audience what they wanted whilst “Girlfriend” and “5 Dollars” provoked a big sing song amongst the throng of fans.

It’s an understatement to say that Letissier has an insane amount of energy –she galloped and ran across the stage throughout songs, performing alongside her six dancers with professional precision, belts and raps and hums and chats, with her voice never showing any signs of fatigue.

Michael Jackson was a big inspiration for Letissier in her youth, and her stage performance was littered with tiny tributes – from the MJ-esque moves in “Damn (what must a woman do)”, to the shade of red blouse that she sported throughout her set, reminiscent of Jackson’s Thriller phase. But her stage presence was entirely her own with Letissier showing an intense hold on her crowd and as she took them through emotional ups and downs. “You guys make me want to be utterly naked and vulnerable,” she confesssed.

All Points East continues on Friday 31 May with Bring Me The Horizon headlining.