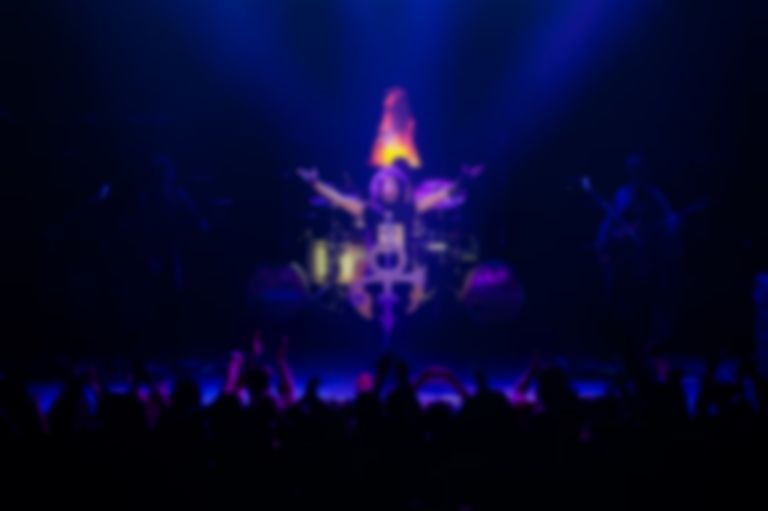 A Fender Gemini II acoustic guitar used by Prince to record his Diamonds and Pearls album is going up for auction this spring.

The acoustic Fender Gemini II guitar was used by Prince throughout the entire Diamonds and Pearls album, and is most prominent on "Walk Don't Walk".

According to Clash, the guiar is going up for auction in March, after two brothers in the Somerset town of Frome acquired the guitar directly from Diamonds and Pearls engineer Sylvia Massy.

The two brothers said of putting the guitar up for auction, "In the six months since we bought the guitar, it’s been displayed in my brother’s living room - in what we call his Prince Corner. Lots of our friends have seen it but we’ve not let anyone play it. But now I’ve moved to Spain, it’s not practical for us to share the guitar so we’ve decided to put it up for sale."

In a note posted on the auction listing, the brothers wrote, "As huge Prince fans ourselves, we loved owning this amazing piece of Prince history and we hope that you enjoy displaying it as much as we have. In particular, one of our favorite aspects of the guitar is the clearly visible strum marks on the pick guard, we found these amazing and overwhelming to look at, as they are a clear visual imprint of music history that Prince left on this guitar. We would listen to the album and know that what we could hear was Prince leaving those very marks that we had in front of our eyes."

Sylvia Massy also provided a signed statement of provenance in November last year, which read, "I am writing this letter to confirm the authenticity of this Fender Gemini II acoustic guitar as the main production acoustic that Prince used on the album Diamonds and Pearls. As an official engineer on the project, I recorded and mixed several songs during the recording of Diamonds and Pearls and witnessed Prince's performances using this Fender Gemini II. I have saved the instrument as a memento from our sessions from 1991 to 1994 and am pleased to have the guitar preserved as a historical artifact from Prince's amazing popular musical career. Also included is a copy of the album in CD format."

The auction will take place at Gardiner Houlgate in Corsham, Wiltshire on 10 March. Visit gardinerhoulgate.co.uk for more information.