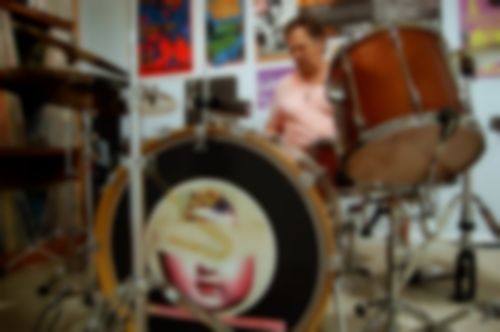 Last week, we reported that Guided By Voices drummer Kevin Fennell was selling his drum kit on Ebay. Well, perhaps that should be “former” drummer.

Fennell, of the Robert Pollard-led Ohio band, recently put his drum kit on eBay, with the starting price of a whopping $55,000. He offered to deliver the kit to the highest bidder himself, even promising the opportunity for a jam session.

The rest of the band, however, were not amused. As Pitchfork note, they released the following message on matter: “For the record, the band Guided By Voices has nothing to do with the sale of Kevin Fennell’s drums. He is acting on his own and is no longer in the band.”

The sale for the kit ended yesterday with 0 bids placed.