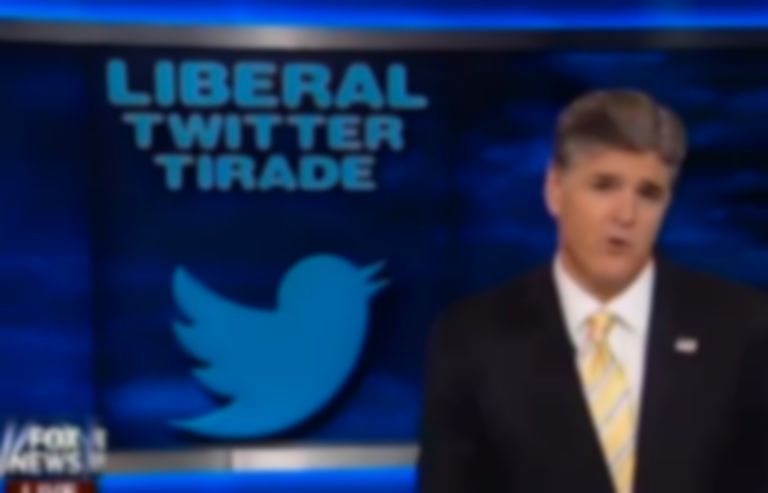 As if there wasn’t enough happening elsewhere in the world, FOX News presenter and right-wing mouthpiece Sean Hannity has turned his sights on alt-country musician Ryan Adams in a bizarre on-air rant.

Hannity attacked the “liberal entertainer” on his show of the same name, after Adams criticised him on Twitter earlier in the day.

The original tweet read: ““.@SeanHannity Your entire soul is controlled by fear and by hate. Evolve little chicken man. See reality.” Obviously, Hannity didn’t take to well to this, calling him a “gutless little coward”.

Here’s an edited transcription of his rant:

“He is the latest liberal entertainer to launch an outrageous Twitter tirade against yourstruly. Singer-songwriter — by the way, you probably don’t know him, he’s not that popular — Ryan Adams… We reached out to Mr. Adams, we invited him on the show for a comment. His little agent replied, because he was too chicken, in an email, ‘Ryan’s statement is is tweet and vice versa’… Why don’t you have the courage to come on the show and defend yourself? He called me a ‘terrorist’… If we wanted to torture terrorists, we can play his music, which isn’t that popular anyway… Come on the program, stop being a wimp, he’s hiding behind his rock star makeup like the gutless little coward that he is.”

You can watch it below: