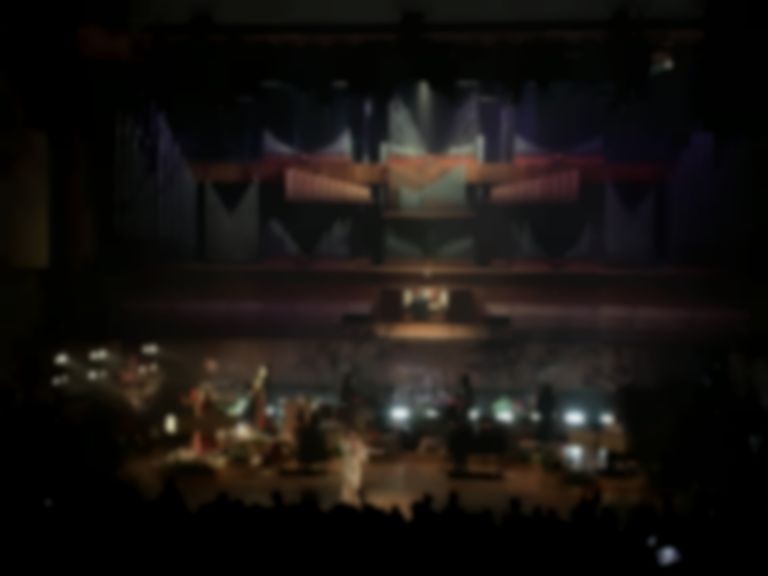 Florence and the Machine concluded their three-date UK mini tour tonight with a show on London's South Bank at the Royal Festival Hall.

With a set list that didn't stray far from the previous two shows, Florence Welch and her eight-piece band played to a capacity room that included members of The XX as well as her own family.

It was something of a homecoming for the Camberwell-born Welch; introducing recent single "Hunger", she acknowledged her "confused teenage years in swampy South London". She also gave a shout out to Crystal Palace as the place where "Falling" was written.

"Hunger", "Dog Days Are Over" and new song "100 Days" were the evening's emotional touchstones while the set concluded with an encore of "Shake It Out", utilising the Royal Festival Hall's 7,866 pipe-strong organ to jaw-dropping effect. Also played was another new song "Patricia" - written in tribute to a friend of Welch's, which you can watch below.

Next up for Welch is a support slot at The Rolling Stones' London Stadium show on 25 May. New album High As Hope drops on 28 June via Island.