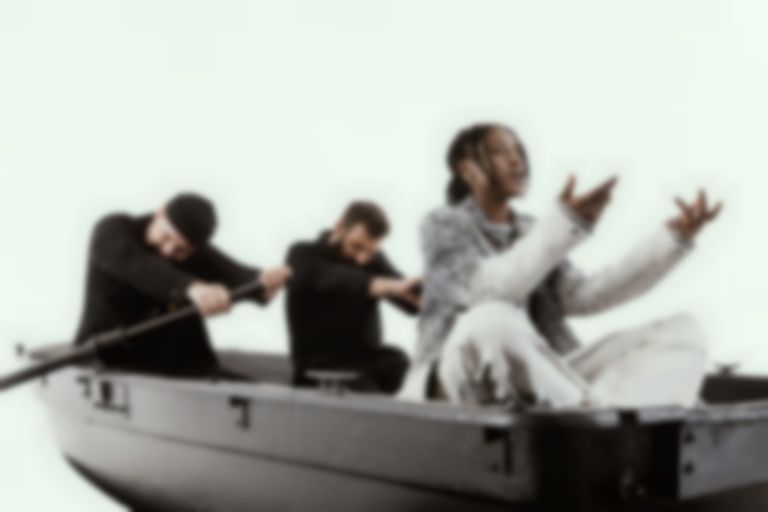 Rising rapper Flohio continues her journey to become captain, as she leads Modeselektor through stormy seas on their electrifying new cut "Wealth".

Hot on the heels of her WIld Yout EP, wordsmith Flohio returns with another hard-hitting number, this time led by the acidic electronica of Berlin duo Modeselektor.

The contrast between Modeselektor's jittery electronica and Flohio's authoritative vocals are represented in the Pfadfinderei-directed visuals, that flicker between pixelated, digital animations and a monochrome reality.

"Wealth" is Modeselektor's first track since their curated Modeselektion Vol. 04 compilation that dropped earlier this year.

Flohio has just been announced for Stockholm's new two-day festival Daze Days, and will perform at London's Corsica Studios on 6 December. Find out more.

"Wealth" is out now. Modeselektor have announced a multi-continent comeback tour with a date at London's Oval Space on 23 February 2019. Find their full list of tour dates.