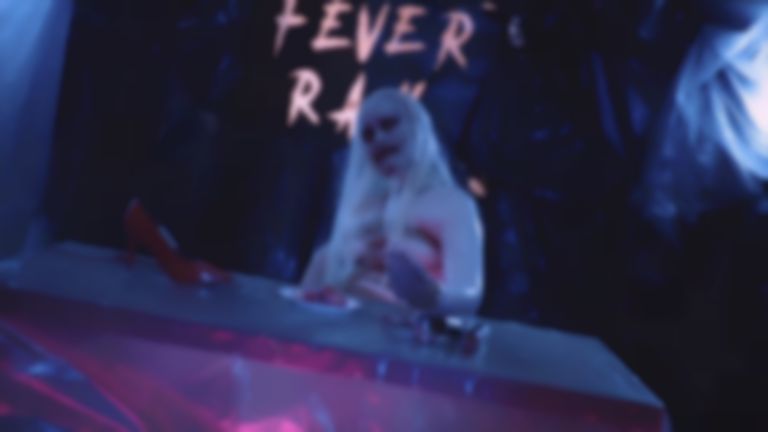 More Fever Ray teasers have made it online, and all signs point to something very bloody exciting happening tomorrow (20 October).

UPDATE: It's on New Zealand iTunes - the single's called "To The Moon And Back".

Fever Ray's latest forays into 2017 come after a string of kinky titbits and beguiling noises that have been popping up this week. It's all getting quite exciting and this latest teaser says that something is coming on the Fever Ray website at some unspecified time.

These latest glimpses into the world of Fever Ray making the upcoming project seem like some kind of zombie-slash-BDSM dating agency. We're on board.

Karin Dreijer (also one half of The Knife) hasn't done much under the Fever Ray banner in a few years - her only Fever Ray record came out in 2009 - so this is a rare shaft of light into a particularly mysterious world.

In semi-related news The Knife recently returned with a very exclusive live record and charity auction.