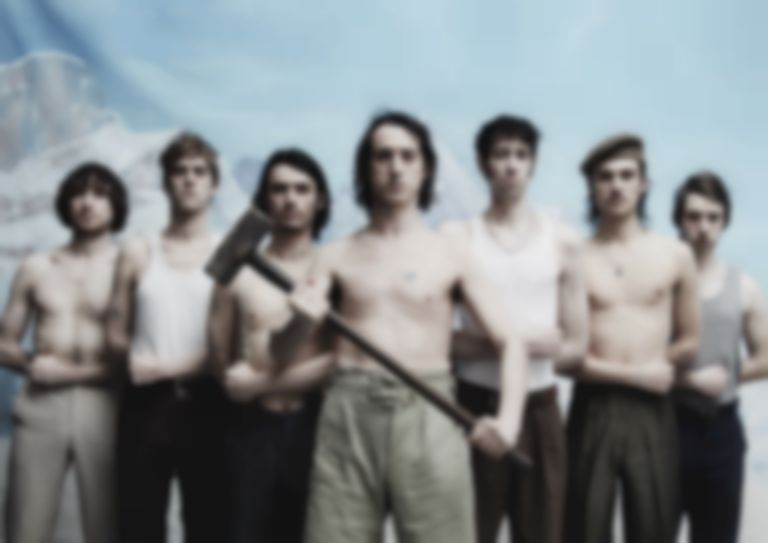 "Tastes Good With The Money" is the second single from their forthcoming Serfs Up! album, arriving after January's "Feet".

Fat White Family's new single also lands with a Monty Python-inspired video directed by Roisin Murphy. Of the video, Murphy says, "The idea of referencing Monty Python partly came out of the somewhat absurd and confusing political landscape that we are now living in Britain, Python seems prescient. The British laughing at themselves, a certain kind glee even in the loss of empire, singing as the ship goes down, well it just seems so...of the moment. There is this deep ambivalence to the establishment that resonates with the Fat Whites own irreverent world view."

Murphy adds, "When I look at the video, what I see is the trust they put in me and I’m so proud of that. Maybe it’s because I am a performer too but they let themselves be put in a kind-of vulnerable situation; they allowed themselves to be foolish, silly and absurd in a way that could have gone tits-up, however, the result is hilarious and the performances are second to none."

Serfs Up! is Fat White Family's third album, and first since 2016's Songs for Our Mothers.

"Tastes Good With The Money" is out now. Serfs Up! lands via Domino on 19 April. Fat White Family will play an in-store at London's Rough Trade East on 19 April, and another show at O2 Forum Kentish Town on 15 May. Find out more.