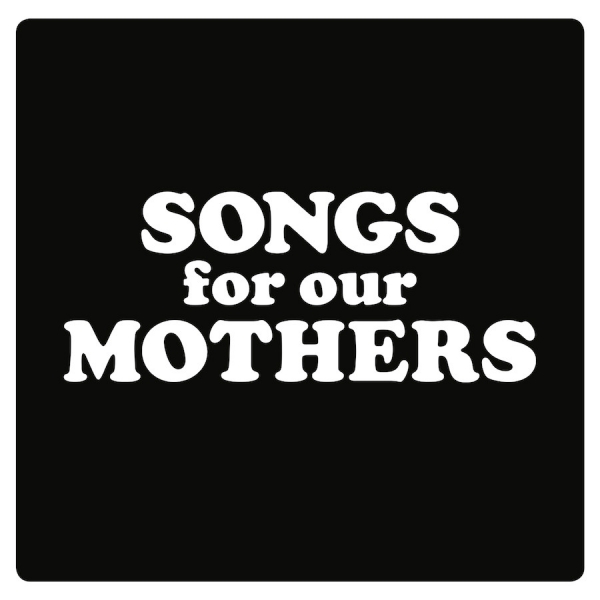 Songs for our Mothers delights in the disgusting.

It runs on the impulse that makes you sniff the old kebab from under your bed. The desire that makes you look at whatever you’ve pulled from your nose before throwing it away, or eating it, your choice. It has the twisted, purile sexuality that makes a Take a Break headline like “Stepdad Made Me His Sex Slave” eminently marketable. It’s the impulse that drew them to their subject matter: the bruised paradox that is an abusve relationship. And on this holiday to hell they found a mirror to themselves.

Don’t let the A&R hordes fool you, they’re no blank cheque. Fat White Family don’t have ‘crossover appeal’. Booking agents across the globe look at Lias’ flash of muff last Glastonbury, his dead eyed stare and perma-nude torso. They see his flailing limbs and flying gobs of Guinness. They do mental calculations.

You see, Fat White Family have a suicide pact. For one they’re riddled with carcinogens, un-oxides, freebases; they have every Daily Mail death knell covered. They quite possibly have rickets and look so malnourished the Red Cross have been sniffing around The Queens Head. The band seems on the verge of unravelling. Dale Barclay, the virulent Amazing Snakeheads frontman had to step into Saul’s hole, when the hedonism took its toll last year. They’re self-flagellating, self-sabotaging, self-deprecating nihilists. And they’re here to scream it, six inches from your face.

For another thing, their album is full of Nazis, dictators, serial killers. They clearly have no desire to enamour themselves with middle England’s emerald corner of the internet.  For that’s where the vitriol will come: but dig a little deeper and it’s evident every Nazi outfit or threat to join ISIS is backed by Saul’s gap toothed grin.

It’s that twisted smile that makes "When Shipman Decides" sound like a muzac luau for the end of the world. Even in its title it stares straight into the abyss, into the soul of the man holding the scythe. The satanic waiting room is given a true crime feel with lilting lyrics like "sit down my dear/there’s nothing to fear" and "your family is fine/ just losing their minds" and it all comes at a slightly uncomfortable speed, not quite minor, not quite major. It’s on a slack Hawaiian keel, with a lap steel sway, pompous horns and a straight face: an outlet for their black humour.

Sonically, Songs for our Mothers has a two faced, twin peaks character; a ‘slightly off’ beach town by day with a dark secret coming out at night. Following the drunken come-on of "Love is the Crack" is the militaristic "Duce", complete with what sounds like Oppenheimer’s Güiro. "Whitest Boy on the Beach" is psychotic surf rock, but punctured by guitar stabs like one trollyfull of dynamite crashing into another. And directly after follows the slinking, perverted, "Satisfied", a darkened funfair, a Wurlitzer burlesque in the mould of "Touch That Leather".

The phrase ‘a more mature sound’ doesn’t really seem appropriate (and I can’t bring myself to say anything like ‘polished’), but there is a definite sense of evolution from the first record. Perhaps it’s because no tracks sound like they were recorded using a tin can, but the album carries genuine heft. "Hits Hits Hits" is a barbiturate blues which oozes in and out to light ‘oooh ooohs’, and any number of tracks will tear apart any number of venues on the Fat White’s mammoth tour.

And it remains that, despite the influence of internet buzz in their rise, this is still very much an IRL band. They haven’t quite found the key to recording that live sound, and they lack a tiny something without Lias’ every corpuscle howling. "Tinfoil Deathstar" is one of the album’s highlights; space organ, rumbling bassline, falsetto-psych vocals. Live it takes on a different dimension. Lias gobbles the mic to make shrieking, industrial hollers, and the sound careers into a distorted noise rock and subsequently off a cliff. All of this, of course, topped with his Ian-Curtis-meets-Iggy-Pop-at-a-séance act. The same goes for any number of songs, live they’re just a different beast, once the boys have had a few.

It’s a very modern paradox that means, in our desire to see more, to know more of artists, we understand less and what we do see is façade. We see sanitised, Instagram-ready lifestyles, authored Facebook posts and pull quotes. Decadence and hedonism come under strict lab conditions. It’s been a decade since anyone bought a record but from this hasn’t come the predicted kaleidoscope of independent radicals. In its place has come diversification, affiliate marketing: you no longer buy Bieber records, you buy brand Bieber.

And this softly softly approach, with the motto ‘mustn’t anger the sponsors’, has made modern rockstars little more than Cliff Richard with bottle service and sleeve tattoos. Maybe we’re in our own abusive relationship, with our musical heroes. Maybe we’re the one with the black eye.

The Family have, in the parlance, brand continuity. They have online presence. But it’s from the bottom up, rather than top down. What makes them special is that it’s organic. Their music is an extension of themselves, pure id, and that’s what makes them so enthralling. This is the sound of a death-or-glory headlong charge. The two fingers at everything, no fucking filter. They could fall off stage at any moment. They may die tomorrow. Despite possessing the strongest ‘buzz’ in years they may never make any money. But Fat White Family are definitely going to hell.