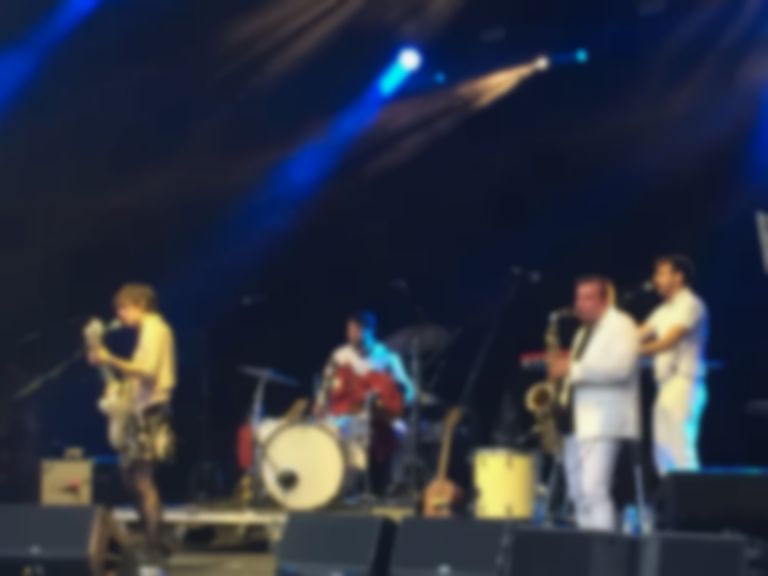 Taking to the Woods Stage at End of the Road, Ezra Furman was destined to impress.

"It makes me really happy to be here. It's a really good festival," Furman told us before the show. "It is remarkably warm - not temperature wise, but socially. I've talked to a lot of strangers and they're really nice to me. Last night I hung out with strangers most of the night. We went on a ferris wheel. It was kind of a beautiful evening, with people I've never met before, and now I feel like could be friends for life if we get the chance - but who knows if you ever get the chance?"

"Festival shows are different than club shows," Furman commented. "They're definitely different. There's something that harkens back to just as the ancients would gather at a temple and do some animal sacrifice in a large open courtyard. That's kind of what happens at music festivals."

"On Tuesday we're playing a giant venue in London," Furman enthused. "It's the largest venue we've ever headlined. I'm excited about that. We've got a lot of shows in the United States coming up. In little spurts, not a long tour like this, but little spurts of shows here and there, which is an interesting way to do it. You can get mired in tour brains sometimes, although we always pull it off - at least, when the curtain rises. Sometimes it can be helpful to ones personal mood to take breaks, or take longer breaks. We're playing a bunch of shows all over the US over the next few months."

"No big deal or anything, but I'm working on music," he added. "I'm always working on new stuff."

End of the Road continues on Sunday 2 September with headline sets from Feist and White Denim.