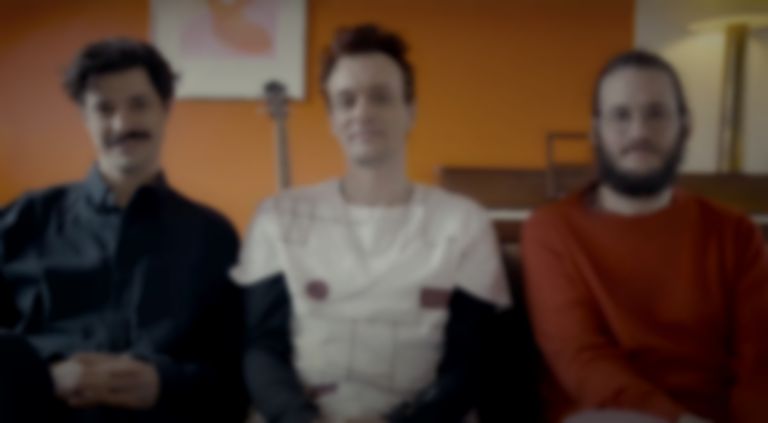 4AD has unveiled side two of its 40th anniversary compilation Bills & Aches & Blues, which sees Efterklang, Tune-Yards and more cover songs by other 4AD artists.

Bills & Aches & Blues was first announced last week to celebrate the label's 40th anniversary. 4AD actually turned 40 in 2020, but due to the pandemic, the label decided to mark the milestone this year instead with a compilation that sees current 4AD artists covering songs from the across the label's 41 years of existence.

Last week's side one of Bills & Aches & Blues featured covers by Tkay Maidza, U.S. Girls, Aldous Harding, The Breeders and Maria Somerville, and today (17 March) 4AD has unveiled side two, which features another five covers.

Efterklang take on Piano Magic's "Postal" while Tune-Yards have covered The Breeders' "Cannonball". Other covers featured in side two include Helado Negro's cover of Deerhunter's "Futurism", Bing and Ruth's version of Pixies' "Gigantic", and Spencer.'s cover of Grimes' "Genesis".

Side two of 4AD's Bills & Aches & Blues compilation featuring Efterklang, Tune-Yards, Helado Negro, Bing and Ruth and Spencer. is out now. The full album will be released digitally on 2 April, with physical copies following on 23 July. Find out more.