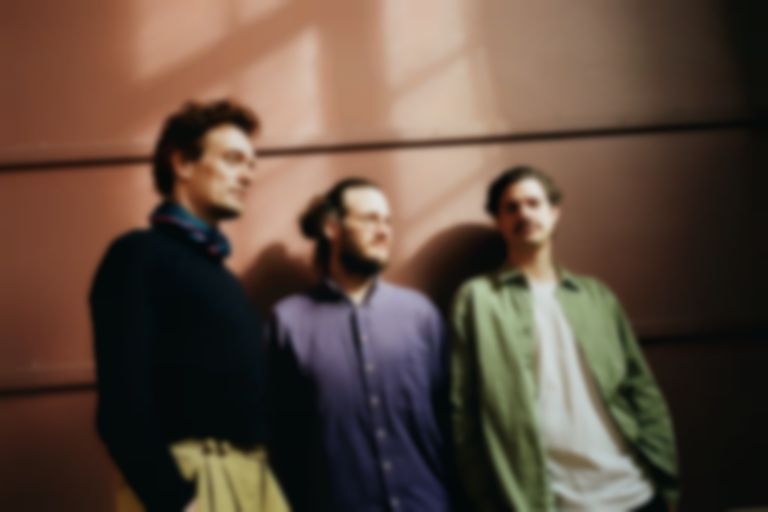 Danish trio Efterklang are back with news of their forthcoming sixth album (and first for City Slang) Windflowers, and have unveiled new single "Living Other Lives" as the first preview.

Efterklang's Casper Clausen says of the new single, ""Living Other Lives" started out as a jam in my Lisbon studio during Spring 2020 lockdown. I was playing around with my 404 sampler and I found that kind of groove that makes my head bop - put some samples on it, and I could listen to it forever - a good sign. So I was just having that on loop while scrolling through my instagram feed. The lyrics sort of came out of that moment; living other lives, imagination jumping from one life/image to another, revisiting, updating myself, absolutely bodiless, while scrolling up and up with my thumb. It’s a fascinating world we’re living in, so strangely symbiotic and aware of what everybody's doing, I feel I’m living multiple lives all at once. Watching all these people expressing and changing themselves far away, out there around the planet."

Windflowers was created during the pandemic, beginning with song sketches made by Clausen and Mads Brauer. The trio made a total of five trips to residential studio Real Farm on the island of Møn (south of Copenhagen) during the recording process, and experienced the different seasons of the year.

"Living Other Lives" is out now. Efterklang's Windflowers album will be released via City Slang on 8 October, and is available to pre-order now. They'll play London's EartH on 1 March 2022. Tickets are on sale now at efterklang.net.