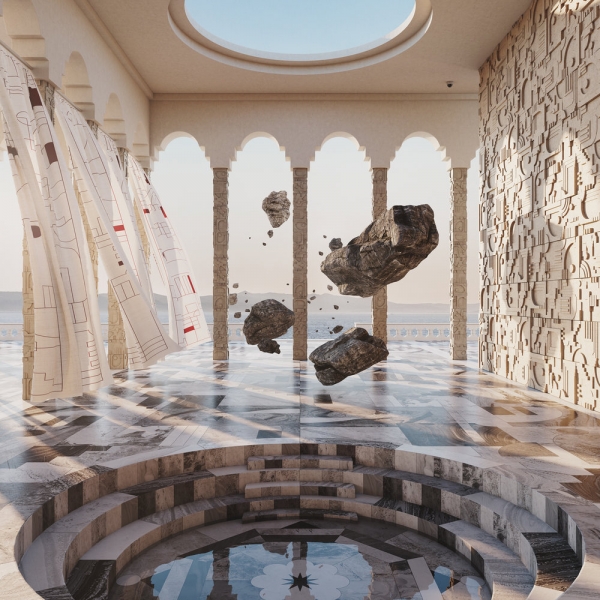 Most bands, when on hiatus, tend to go their own separate ways. A solo album here, an acting job there, maybe even a book published.

But not Casper Clausen, Mads Brauer and Rasmus Stolberg. If anything, the Danish trio, who make up Efterklang, spent just as much time together on their hiatus as they did while they were a band. They even started a totally new band, Liima, with Finnish percussionist Tatu Rönkkö and wrote an opera together.

But then, Efterklang were never really an ordinary band. Debuting on The Leaf Label, the first record Tripper was to become one of the albums that led the way for what has been referred to as the “indie Classical movement”. They brought the stunning Piramida all the way to the Sydney Opera House then back home to Sønderborg for a night dubbed “The Last Concert”.

The jury’s still out, however, on whether their constant evolution, their paring back of their sound, is actually taking too many steps away from the thrill of their earlier, more experimental albums. There’s no denying their knack for creating music that fills spaces, but it’s often a sound that works best when played live in a concert hall; the band thriving in those venues much more than any other. Piramida, given the chance to breathe in those locations, came into its own in a live setting, leading to a live album, The Piramida Concert, which imbued it with a new sense of life.

One might hope the same for their fifth album, Altid Sammen, which strips things back even further. Gone, for the most part, are the sweeping orchestral arrangements. Instead the trio opt for much simpler arrangements; crystalline synths, sparse percussion, guitars and the occasional bit of strings of brass.

It’s most effective on the stunning “Under broen der ligger du”, where muted trumpets bloom among twinkling synth lines and a simple drum pad beat. Closer “Hold mine hænder” is similarly beautiful, ending the record like a blast of fresh sea air with swirling strings and a gorgeous choir accompanying Clausen’s native Danish.

Because gone too is the English language. In by far the most interesting move here, Clausen has opted to sing entirely in Danish. The move is not just to get back to his roots, but also to give the listener a chance to focus more on the abstract sounds than the familiar cues of English. His words dip up and down, joining with the melodies to build these spaces. Without this, tracks like “Hænder der åbner sig” could feel slightly dull; the soft drone a bit too reminiscent of early Sigur Ros until Clausen breaks through.

Efterklang are a spectacular live band, filling every inch of a room with so many intriguing ideas. Especially since dropping the glitchier elements of their sound, Performing Parades and The Piramida Concert have arguably been more interesting, impactful and emotional records than the records that spawned them.

It feels like the same could be the case when Altid Sammen’s live interpretation is released because, on record, it strays into sometimes feeling too empty. The sparser the group go, the more space they have to fill and the more it sometimes feels like they’re straining. There’s beauty here, no doubt, and they’ve lost none of their technical skill. The move to Danish also brings an exciting new element. But, after years away working together on other projects, one suspects there's room for more inspiration here.