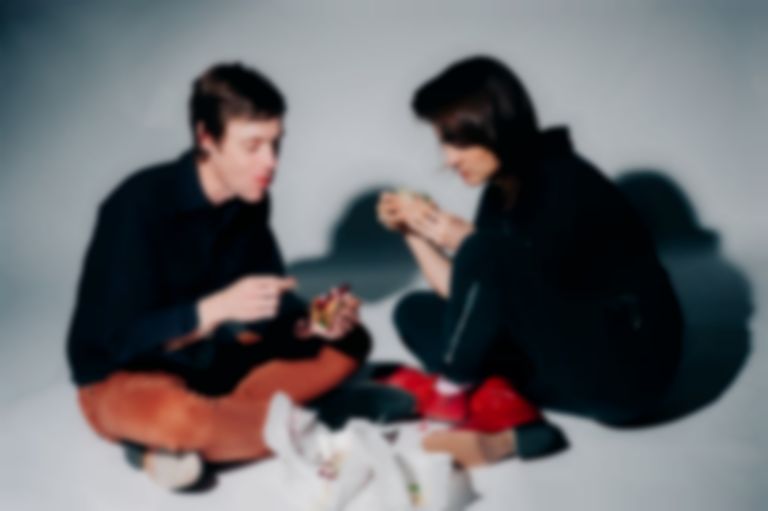 DRINKS, the new project from Cate Le Bon and White Fence/Tim Presley, have shared their latest track "Laying Down Rock".

Speaking to Vogue in a recent interview, Le Bon and Presley talked about the creation of the track, with Le Bon saying: “I was playing this riff, and Tim took forever, and I had to keep playing it for like 20 minutes so I didn’t forget it... and then he walked in the room and just picked up an acoustic guitar and started singing.”

Hermits On Holiday is released on 12 August via Heavenly Recordings.

Stream "Laying Down Rock" below, and then check out DRINKS' upcoming tour dates afterwards.