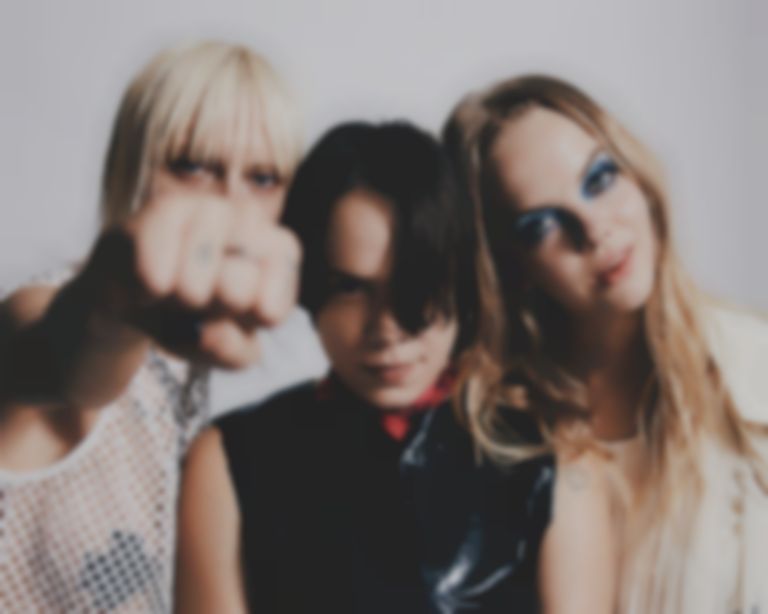 Dream Wife are back with details of their second LP So When You Gonna…, and have shared the anthemic lead single "Sports!".

The band say of the single, ""Sports!" sits on multiple levels; of satire and celebration, of nonsense and commonsense, of the body and the mind, of IRL and digital. The video simultaneously plays with and celebrates "sports" through multiple levels of reality and non-reality; exploring the nonsense of sports, toying with the seriousness of competition and the rigidity of rules while also asserting how important it is to be in your body, the joy of being in a team, the purpose in doing something for the sake of doing it, the endorphins and the sweat. Playing sports is great if that's for you but there are so many other ways to be physical, to be with your body. For us, more often than not, it’s the rock show. Rock n roll is an extreme sport and we're a team."

Dream Wife's Alice Go says of the team, "It was amazing to work with this community of womxn on this album who are supporting each other in an industry that is so male-dominated. It was a way of us practicing what we preach. It felt like an honour to be able to deliver this baby with these three amazing midwives."

They've also launched a new podcast series that uses the same name as their forthcoming album. Each episode features in-depth interviews with different creatives. Go explains, "It’s an informative thing to feed back to our fans to be able to see about getting into certain industries. It’s about fostering communities. And it’s a skill share."

"Sports!" is out now. Dream Wife's second album So When You Gonna... arrives 3 July via Lucky Number, and is available to pre-order now. They play London's Wide Awake Festival on 5 June. Find out more.