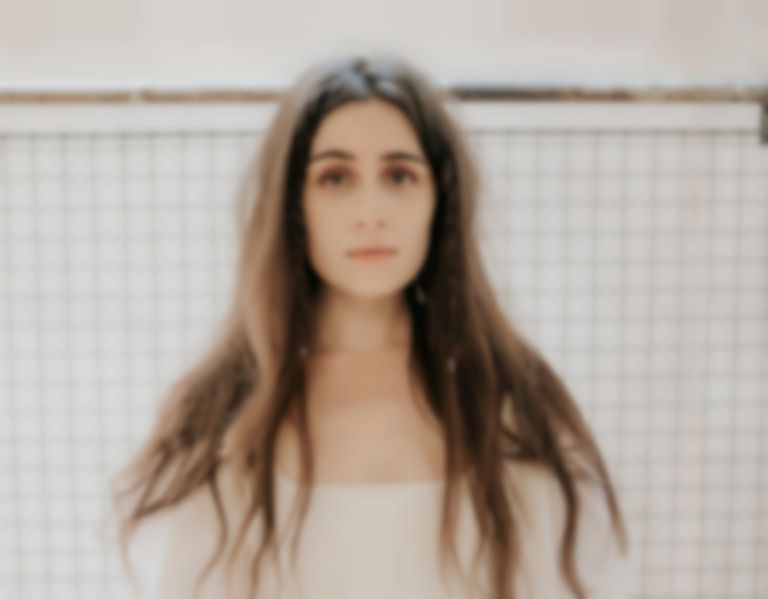 Dodie has released her hushed new track "I Kissed Someone (It Wasn't You)" as a fourth preview of her highly-anticipated debut album Build A Problem.

"I Kissed Someone (It Wasn't You)" follows last month's Georgia remix of "Hate Myself", and will feature on Dodie's upcoming album alongside earlier singles "Hate Myself", "Rainbow" and "Cool Girl".

dodie explains, ""I Kissed Someone (It Wasn’t You)" is set in the aftermath of a newly-single person's messy night out. It’s the feeling of trying to patch over a broken, lonely heart by indulging in a revenge fantasy of promiscuity - sadly only resulting in feeling lost, lonelier and shameful. I wrote the song to take place in a drunken, dark mindset - teetering on the edge of sinking deep into the bad thoughts that alcohol can amplify, before snapping back in the verses to a slightly more grounded, but still sad, place."

dodie penned the songs for Build A Problem over the space of two years. She said, "I think I was going through a crisis actually. I was very unsure of who I was and I was trying to figure it out in music. So I think it’s quite unstable of an album - but it’s definitely honest."

"I Kissed Someone (It Wasn't You)" is out now. dodie's debut album Build A Problem will be released 7 May, and is available to pre-order now.