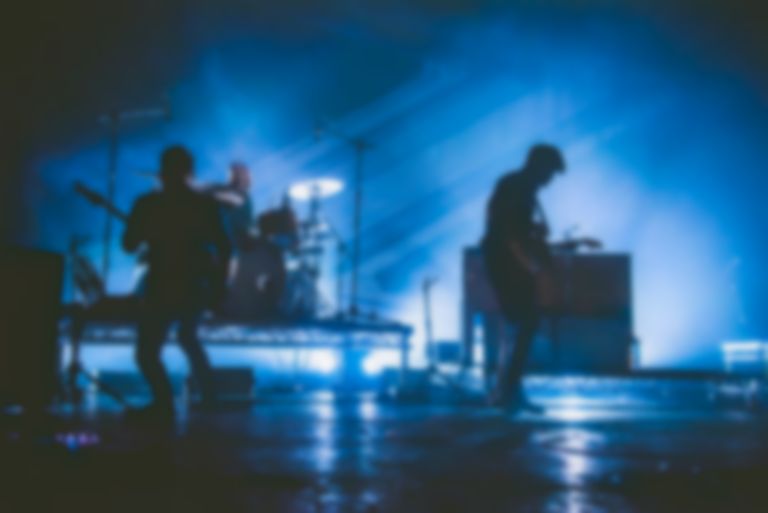 Death Cab For Cutie's bassist Nick Harmer chats to us about Narrow Stairs, an album that's been out in the music realm for 10 years.

Death Cab For Cutie have stapled themselves amongst some of today's most important guitar music. Having emerged with debut album Something About Airplanes in 1998, Narrow Stairs was still a decade away from that.

The video below is rehearsal footage that originally aired on Current TV (Al Gore’s now defunct network). The band performs "Bixby Canyon Bridge", "Cath...", "Grapevine Fires", and "I Will Possess Your Heart" in the video directed by Lance Bangs.

Nick Harmer chats to us about the importance of Narrow Stairs (12 May 2008) a decade later, and what Death Cab For Cutie will be bringing later this year.

BEST FIT: Narrow Stairs - one decade on - how do you feel when you hear that it’s 10 years old?

Nick Harmer: When we had just finished making that record, the experiences and songs were, and still are, very fresh in my mind. But then sometimes it just feels SO long ago, almost from a different life. It’s a strange time machine. I certainly did not expect that, even then, we would be a band ten years later. It’s incredible, and I feel extraordinarily lucky that we’re still able to make music, release albums, and tour. I’m very thankful.

BEST FIT: How do you feel you have progressed as a band since then?

Nick Harmer: I think we’ve had some real physical changes for sure. I think we’ve all become healthier people since that period of time, and the lineup of our band has changed since then. As we’ve continued to refine our skills and play music together, we are all continually learning more about our instruments, and more about performing. I think for us we’re always realising how much more there is to learn, or what more we can do to be more confident. If there’s anything that’s grown for me in those years, it would just be the confidence in who we are, the music that we make, and I think we have a better sense of our identity now than we ever have.

BEST FIT: Looking back, what would be your favourite songs from that album?

Nick Harmer: For me, the standout track will always be “I Will Possess Your Heart”. The bassline that I wrote for that song is one i’m really proud of, and has become a staple in our live set. I think it’s always fun to play that long intro live and really build that croscendo. That song in particular is one of the standout musical moments, even when we were making the record, and continued to be. I find that the last track on the album, “The Ice Is Getting Thinner”, for me is just so achingly beautiful. And as climate change becomes more of a discussion and is part of our time and how the world is changing, the song just becomes more and more powerful, literally and metaphorically. That track kept a renewed relevance to me.

BEST FIT: Narrow Stairs has been described as a darker side to Death Cab for Cutie, would you agree?

Nick Harmer: It’s really tough, I mean, I think it’s been said by a lot of people over time [that it’s dark], but in some ways every time you release an album it’s like having a child. It’s kinda hard to go back and just pick one, I can’t just say “oh, that’s my favourite kid” [laughs]. They all have their own personalities. I think it was kind of a dark album for us, at the time as Ben was feeling different emotions and a lot of things he really connected with, like Big Sur. That was a place for him to do a lot of self reflection. But i’m also really happy that over time the record has continued to grow and resonate no matter what the theme he was writing about then. Even now that I’m ten years older it will always stick with me. Every album that we make feels unique to how we’re feeling at the time, as individuals and as a songwriter, and what emotional journey he’s on. I think that record now for me is a nice, honest snapshot of where we were all at with our lives emotionally and otherwise.

Nick Harmer: On an intellectual level they evolve. But I also think it’s a very magical moment when you start playing a song - even if its 10 or 20 years old - immediately my emotions and my mind go to the place and time of when we created it, when it happened. It is kinda like a time machine in that sense. It happens on a really primal level. But then on an intellectual level I have changed a lot since then, and a lot of the themes on the record that really resonated with me in one way, kind of resonate with me in a different way now. That’s just an inevitable part of growing, and evolving as a person. If I listened to the music right now, the emotional resonance the songs have would be the same, but certainly when I start playing them, and we’re standing on a stage and i’m looking at Ben or Jason, it’s like an instant time machine.

BEST FIT: What have you got planned for the near future?

Nick Harmer: Well, we have just finished recording our ninth album, and we’re getting that all prepared and ready to put out into the world. That’ll be coming out at some point this year, I believe in August. As I talk to you now I’m actually standing outside our rehearsal space, and we’re busy setting up and getting ready to start rehearsing the material and figure out how to play new songs. We’re just getting ready to start playing some shows. We’re gonna have a fairly busy year, but I know we’re all very excited about everything that’s coming up.

Death Cab For Cutie will be performing at Robert Smith’s Meltdown on 18 June at the Royal Festival Hall in London. Find out the full details.