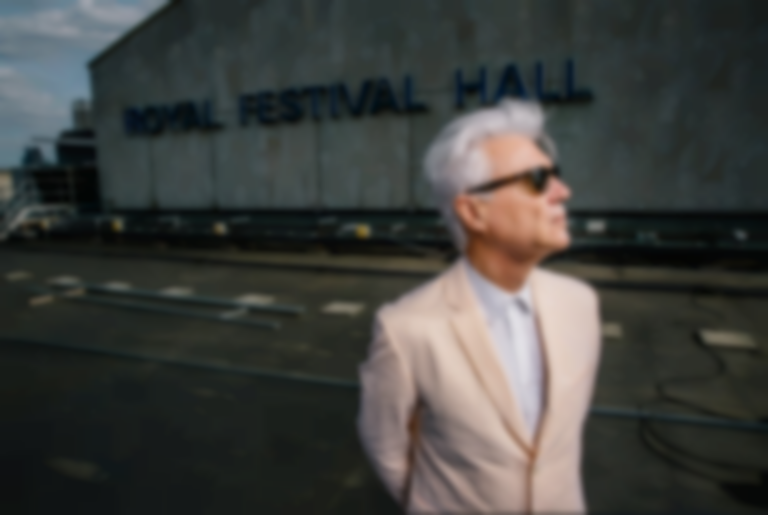 Now in its 22nd year, the iconic festival - which has featured Patti Smith, David Bowie, Morrissey, John Peel, Yoko Ono and many more as creative directors - has enlisted the assistance of David Byrne.

Meltdown 2015 takes place from 17-30 August at London's Southbank Centre. For more information about the programme and tickets, head here.

David Byrne has released a lengthy statement about his choices and efforts:

Quite a few months ago I was invited to “do”, as in curate, this year’s Meltdown festival at Southbank Centre. Curate is an overused word these days, applied to everything from arts biennials to restaurant menus, but it does imply that there is more behind the suggestions and selections than “here are some of my favorite acts”. Though some of those are inevitably here too. There are also some acts that are fairly new to me that I’ve heard and am excited to see. Others I know fairly well.

After being invited, I was concerned at first that I would be less familiar with UK based artists than those based in the US, especially from New York, where I live. I thought to myself, “the budget won’t sustain importing too many acts from New York, so am I really the best man for this job?” I realize that juggling a budget is what makes these things work – it’s not simply “hey! anything you want!” But after having made a tentative list I saw that there was actually a pretty ecumenical spread (as opposed the spreads we put on toast) and it wasn’t going to be as much a problem as I assumed. So I said yes. Onward.

Overview: what emerged? Is there any sort of theme here?

Some of my choices come from the European continent – artists I have seen live or have their recordings on constant replay. So in some sense my suggestions have been a little more Euro-international than some previous Meltdowns. I’m not bragging and please let’s not pull the “world music” tag out – these are great contemporary artists from our neighbors, who, like many local artists, draw from a deep cultural well.

I noticed at some point that some of my suggestions were theatrical pieces I have seen recently – or even new work by those same radical and exciting theater companies that are, to me, as engaging and exciting as the musicians who are inspiring and are the more likely choices for a Meltdown festival. With some of them there is a musical element involved…but that wasn’t a prerequisite for suggesting them. They are all fairly radical in their own ways, but completely accessible at the same time – a combination of qualities that will be familiar to music fans in regard to some of their own favorite artists. They are folks who break boundaries but also keep one enthralled. So, that’s another thread that has emerged here – an attempt to blur the boundaries a bit between music and other kinds of performance. Having recently worked at the National Theatre and now in New York bringing together Colourguard teams with musical artists, this all seems like a natural progression for me…and I hope I’m not the only one sensing that – I feel there’s a bit of a Zeitgeist at work here that I’m merely tapping into.

I am beyond excited at how much of this has fallen into place. It’s quite eclectic and I hope there are some new discoveries for everyone – including me – in this edition of the festival.