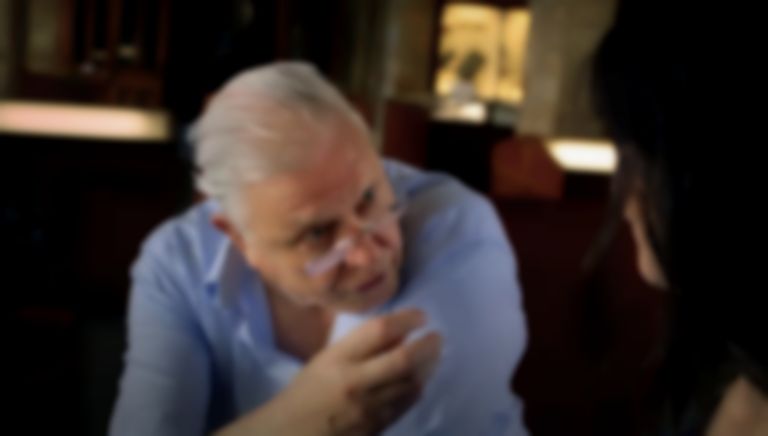 David Attenborough spoken about working with Björk back in 2013 for a Channel 4 documentary, saying he "took her interest in me as a considerable intellectual compliment."

Back in 2013, Attenborough and Björk both featured in the Channel 4 programme When Björk Met Attenborough, which saw them explore the relationship between music, technology and the natural world.

Seven years on and Attenborough has spoken about working with Björk in a new interview. He told NME, "I have to be quite straightforward and say I’m not into the music scene really. But when I worked with Björk I took her interest in me as a considerable intellectual compliment."

Reflecting on the time they spent together, Attenborough added, "She’s a very original person and said some very nice things. I mean it’s strange music but it’s very original music!"

Attenborough continued, "She’s very up to the mark and very concerned with the relationship between human beings and the natural world. I don’t know whether that’s a prominent characteristic of the Icelandic character, but I suspect, having been in Iceland, she has a relationship with the natural world which some of us urban dwellers of the South don’t have."

David Attenborough's upcoming documentary A Life On Our Planet will be released on Netflix on 4 October.