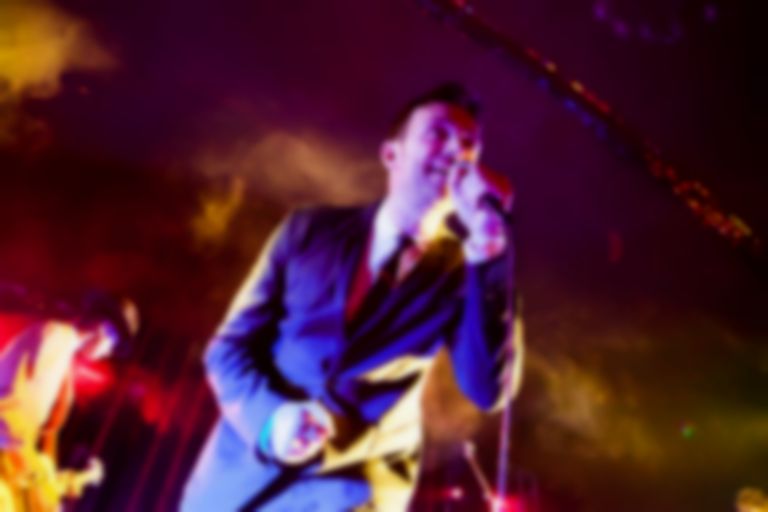 Damon Albarn was removed from the stage at Denmark's Roskilde Festival following a five-hour set.

The Blur singer had refused to leave the stage at 4am - he had been performing with the Africa Express Collective (Nick Zinner, Songhoy Blues, Seye Adelekan and more).

By all accounts it was a rapturous performance, with covers of Randy Newman, reworks of Gorillaz tunes, and guest stints from Laura Mvula and Blur bandmate Graham Coxon. As organisers requested he wrap up the show, Albarn declined and dove into cover of The Clash's "Should I Stay Or Should I Go". It was after that that the security removed him from the stage - you can watch the fan-made footage of the proceedings below.

Blur recently released their first album as a four-piece in 16 years, The Magic Whip. Albarn is currently working on a new musical adaptation of Alice In Wonderland called wonder.land.