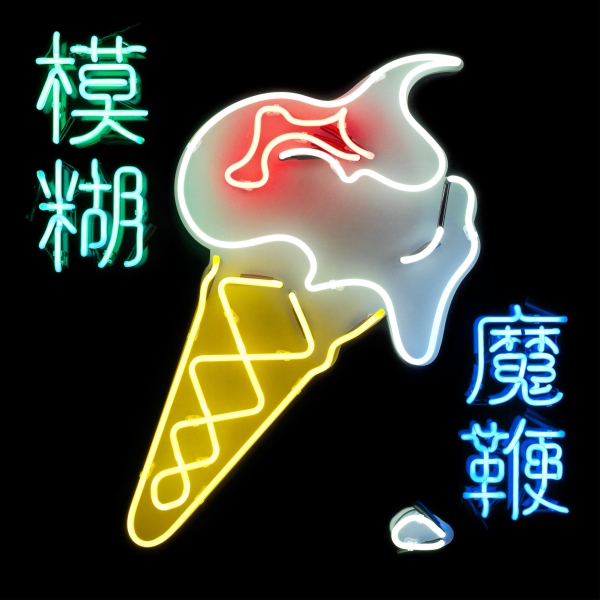 If there were a Mount Rushmore for Blur fans – I know, seriously, no, but work with me here – some of our editorial team would be etched there in immortality. So, being entrusted with reviewing Blur’s first new album in a dozen years, and a cool 16 years since the original foursome were together across an entire album, is a bit like carrying a Faberge egg with my bare hands across an icy pond to one of their mum’s houses for her birthday.

Blur was essentially ripped apart at the seams. I’m being a bit dramatic, kind of, though there had been some internal strife (Graham Coxon had left the band early in 2003’s Think Tank sessions). There’d been a growing chasm artistically, though, ever since the boys were exposed as Britpop poseurs come the waning days of 1996 which, as good as they were at The Scene – hell, they were the best, really – the band’s two driving forces, Coxon and Damon Albarn, had never really sold their souls for footy, pints of lager, track jackets, trainers, and general laddishness. At their core, their drive was always to be deeper, progressive, worldly; Coxon and Albarn just had different visions of achieving that, and after two albums of vying for each of their creative directions, unsuccessfully attempting to reconcile them, it was over.

Seemingly, it truly was entirely over; Coxon’s and Albarn’s extra-Blur pursuits followed each’s muse, never really diverting toward each other to a common ground. But it’s happened!  It’s like we said in our first crack at The Magic Whip, it’s as if Christmas has come after a 16 year absence; beyond that, it’s like you’ve woken up Christmas morn and Santa Claus himself, in the flesh, is standing by your tree to hand out the first gift – something you never deemed possible does indeed exist here, right before your very eyes (and ears).  Forget about the hiatus though, don’t call it a comeback; The Magic Whip is Blur’s a rightful heir to their canon, the next step they inconceivably got absolutely right.

It’s all here, tricks from both Albarn’s and Coxon’s bags, sitting congruously side by side – guitars bounding and biting, taut and tender; electronic melancholy escorting a weary, digital age worldview.  This may sound like The Magic Whip is one of those everything and the kitchen sink type albums, straining for an all or nothing, potential swan song statement, and while these songs are packed with more bells and whistles than any album that has come before, it never feels fussy, desperate, or mannered. Despite the album’s fractured origins – Coxon worked with producer Stephen Street on the material from 2013 sessions cut in Hong Kong during tour downtime and presented it to Albarn, who jetted off to its country of origin for lyrical inspiration to pen the words – The Magic Whip never feels anything but natural, assimilating all of Blur’s, Coxon’s, and Albarn’s sonic diversity from over the years.

We’re led gently in by the familiar feel of opening track, “Lonesome Street”, a clear nod to the Parklife-era. In fact, recall that chap, “Tracy Jacks”, the cubicle-cuffed lackey leading the safe life in his little suburban home, eventually deciding to literally and figuratively plow that life down and fuck off in search of something more interesting. It’s as if he’s returned over 20 years later, though he’s inevitably more grizzled – while Coxon’s riff on “Lonesome Street” is a similarly bouncy one, his tone is more ragged and Albarn’s voice, as we’ve come to know, deeper and wearier. We’re greeted with sirens and city bustle here, a sign that maybe what was suburbia doesn’t seem so suburban anymore, and that as crowded as things are growing, we can today feel more alone than ever.

And herein lies the theme, as it were, of The Magic Whip. In a vein analogous with Albarn’s 2014 solo debut, Everyday Robots, he bemoans the physical and emotional isolation today’s increasingly digital world conduces in juxtaposition to the often hollow-feeling notion that we are closer and more connected to each other than ever before. Take lead single, the thumping “Go Out”, where going out is nothing more than going “to the local, by myself”, otherwise spending one’s time “getting sad alone” and “dancing with myself”. Albarn uses the capital city of notoriously hermetic and stilted North Korea as an allegory for the façade of  camaraderie that technology such as social media uses to obscure our cracks and humanity on the dreamy and wistful “Pyongyang”. Indeed, the titular character of the woozy, futuristic “Ice Cream Man” may very well be Mark Zuckerberg, clad all in white and cheerfully doling out his “magic whip” to unwitting consumers, “shade from the sun was his intention”. In other words, don’t bother enjoying the great outdoors – why would you need to anyway? Everything is right here in the palm of your hand.

Albarn and Coxon are – and pretty much always have been – the stars here, and rightfully so given The Magic Whip’s mere existence as a finished product for our consumption hinged almost exclusively on them.  Coxon, in particular, shines across the board, exhibiting every hue of his wide spectrum, bounding Kinks-ian pop chords, febrile shards of feedback, and, quite possibly the most satisfying, the deft fills he contributes to such tracks as “New World Towers” and “My Terracotta Heart”, tunes that clearly come from Albarn’s stylistic camp, lent further sophistication and depth. Lest you think The Magic Whip is but a two-man show, witness Alex James’ crawling bassline midway through “Ice Cream Man” or how Dave Rowntree’s drums kick “I Thought I Was A Spaceman” to life when it threatens to drift away along with your attention. It’s a family affair here, the band simultaneously tight in execution and limber in their sense of adventure.

Albarn bookends The Magic Whip with the kindred lines of “And if you have nobody left to rely on / I’ll hold you in my arms” and “hold close to me” on the opening and closing tracks, respectively.  As much virtual poking and prodding, sympathising and empathising is available to us today, real connectivity is human touch, hand in hand, arm in arm.  Blur’s back, it may just be music, but it feels like a great big hug; maybe you’re in a rough patch, maybe you’re in a purple patch, maybe just for no good reason even, it feels damn good.  Like I said, don’t call it a comeback, abandon any knee-jerk sense of surprise, it’s Blur at the top of their game, as they had been, as they should have always been, as they deserve to be.