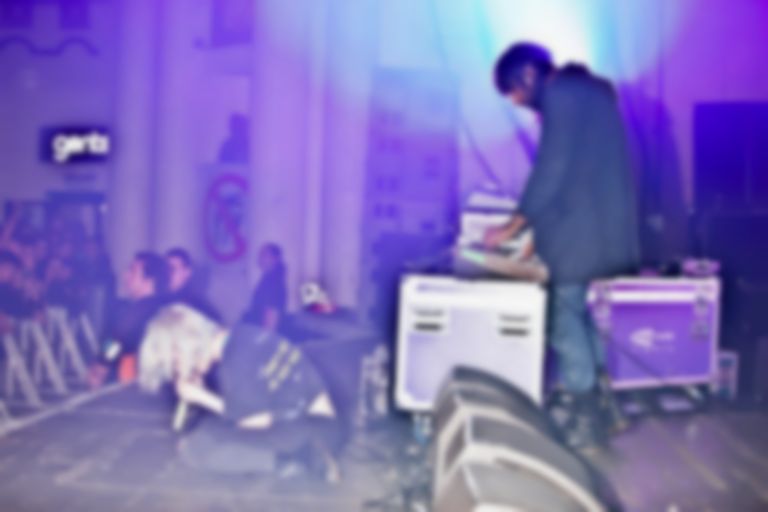 Crystal Castles are back with "Frail", the lead track from the upcoming fourth album.

The Canadian outfit, seemingly only containing Ethan Kath, has returned despite the absence of one of its principal members; late last year, Alice Glass, the enigmatic frontwoman and voice of the duo, departed under mysterious circumstances, citing on Twitter "a multitude of reasons both personal and professional".

There's precious little information surrounding the announcement, as is so often the way when Crystal Castles operate. On Facebook, Kath wrote:

"i wish my former vocalist the best of luck in her future endeavors. i think it can be empowering for her to be in charge of her own project. it should be rewarding for her considering she didn't appear on Crystal Castles' best known songs. (she's not on Untrust Us. Not In Love, Vanished, Crimewave, Vietnam, Magic Spells, Knights, Air War, Leni, Lovers Who Uncover, Violent Youth, Reckless, Year of Silence, Intimate, 1991, Good Time, Violent Dreams etc.). people often gave her credit for my lyrics and that was fine, i didn't care."

Interestingly, Kath posted on Facebook last night commemorating the ten year anniversary of the band's "Untrust Us" and "Magic Spells", prior to Glass even being the band.

It's expected that Alice Glass is set to release her first solo material in the near future.

Album number four, presumably titled IV, is expected to be on its way. Any new release will follow 2012's III.

Listen to "Frail" below.