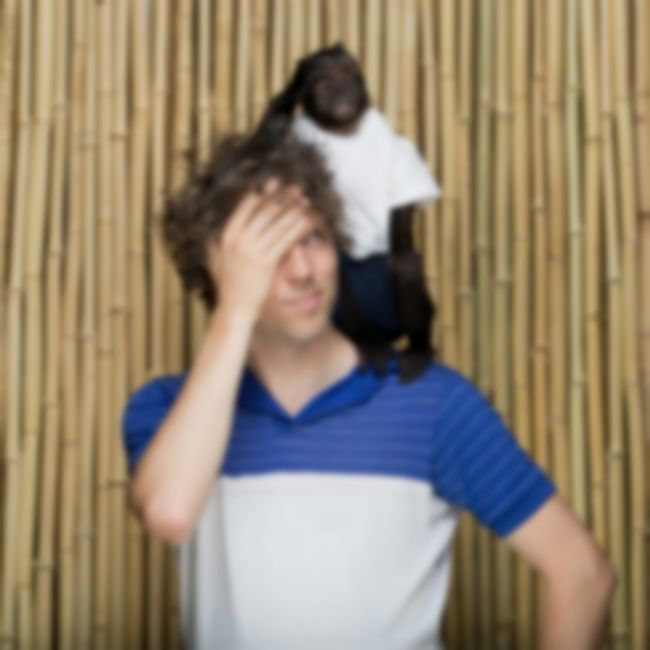 "Hey out there. Here’s “BAM CITY“, the latest video from the forthcoming ‘AS IF‘. We did it the same way as OUR LAST VIDEO, goofed around on the laptop cam for an hour, this time in Gorman’s kitchen, and then had our friends at Mad Ruffian and our other friend Luke Crotty trip it out with some animation. We did 3 takes this time and I swear Mr. Meow was more excited about dancing in the earlier takes. And the song, well it’s glammy, slammy, and bound to win a Grammy, or 20 (say it with an accent and the rhyme scheme stays intact…. Sammy). Just a taste of the many surprises we have in store for u on As If. Hope u like and if u don’t I’ll simply just die. Or maybe just keep on like I usually do. K, bye. Xoxoxoxoxo"

Check out both new tracks below.