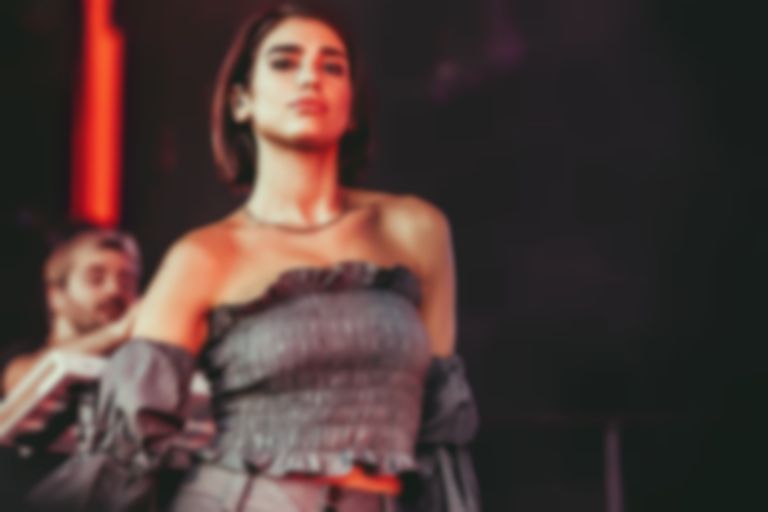 A Dua Lipa fan account has shared a snippet of her new album title-track "Future Nostalgia", which is released in full tomorrow (13 December).

Some fans in different time zones have already got Dua Lipa's new "Future Nostalgia" single, but a Dua Lipa fan account in Hungary has shared a snippet of the upbeat track.

#FutureNostalgia — Preview. Out in your country at midnight! (It's out already in some!) pic.twitter.com/Tf4IhdqgNQ

Speaking about her follow up to her 2017 self-titled debut album, Dua Lipa says, "What I wanted to do with this album was to break out of my comfort zone and challenge myself to make music that felt like it could sit alongside some of my favourite classic pop songs, whilst still feeling fresh and uniquely mine. I was inspired by so many artists on the new record from Gwen Stefani to Madonna to Moloko to Blondie and Outkast, to name just a few."

Dua Lipa adds, "Because of the time that I’d spent on the road touring with my band I wanted Future Nostalgia to have a lot more of a live element, but mixed together with modern electronic production. My sound has naturally matured a bit as I’ve grown up but I wanted to keep the same pop sensibility as I had on the first record. I remember that I was on my way to a radio show in Las Vegas thinking about the direction for this new record and I realised that what I wanted to make was something that felt nostalgic but had something fresh and futuristic about it too."

"Future Nostalgia" drops tomorrow (13 December). Dua Lipa's Future Nostalgia album is yet to get a release date. She'll play London's O2 Arena on 26 and 27 May 2020. Find out more.