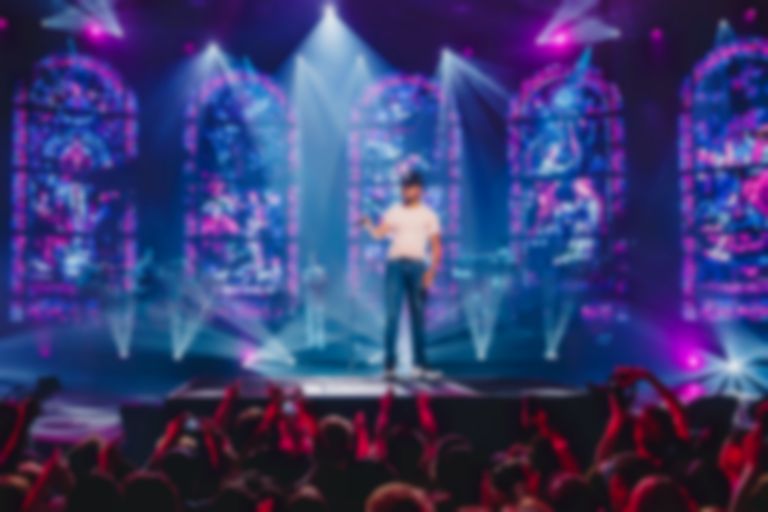 Chance The Rapper has revealed in a new podcast interview that Kanye West was thinking about running for mayor of Chicago.

Last Friday (17 July), the latest episode of The New Yorker Radio Hour podcast was released, featuring an interview with Chance The Rapper that is largely focused on politics. The interview was recorded just before Kanye West announced he would run for president of the US in 2020 earlier this month.

When asked what he thinks about Lori Lightfoot (mayor of Chicago) and his support for Amara Enyia, Chance The Rapper responded, "The story of how I ended up working with Amara Enyia is so layered and crazy. I don’t think I ever told anybody this, but I found out about Amara Enyia through Kanye West. He called me right before he was about to move back to Chicago, and he told me that he was thinking about running for mayor of Chicago."

Chance The Rapper is then asked if he would back Kanye West as mayor of Chicago, "I don’t think so, honestly, because, at the time, I think our views were a little bit ..." The host responded, "Divergent", prompting the rapper to reply, "Yeah. But I think both of us have changed in a lot of ways since then. I think that we do agree a lot more on things now."

The Big Day artist also explained that Kanye West soon retracted his desire to run for mayor of Chicago, "He called me back the next day and said he could not run for mayor, because you have to live in the [city of Chicago] for a certain amount of time. And, basically, he was, like, “I’m looking into other people: Have you ever heard of Amara Enyia?” Amara was not a well-known candidate, and she had some extremely progressive, almost radical ideas about governing Chicago. That included defunding police, and co-op grocery stores and gas stations. It was like a bunch of stuff that I had never heard before."

Chance The Rapper added, "She didn’t have campaign dollars or any big donors or anything. I met with her, and I just fell in love with her ideas. I completely and totally put everything I could into backing her campaign. And that shit didn’t work out. She ended up having to drop out."

Back in 2014, Consequence of Sound reported that a Chicago resident launched a campaign encouraging Kanye West to run for mayor of Chicago in 2015. His open letter to Kanye read, "Right now your home city is ruled over by a Mayor whose allegiances are not with the majority of Chicagoans. I want to invite you to run for mayor of Chicago in 2015 and make it the best city in the world. Doing this would require fixing some big problems. There are four main ones: the schools are awful, the public transportation system is subpar, it isn’t a democracy, there are too many shootings."

In 2018, Kanye West backed Amara Enyia to become the mayor of Chicago. She said to the Chicago Tribune at the time, "Celebrity endorsements are great, but in my view they have to be tied to something of substance. In Chance’s [The Rapper] case, he donated $1 million to CPS, donated $1 million to help mental health expansion. And the specific conversation was warranted with Kanye, to make sure there was alignment on the policy platform and issues I’ve advocated for. So, we definitely had a conversation, and when we talk about what Chicago needs and what it will take to get us there, he sees this campaign as a vital part of that, and that is what prompted him to support us and get over this financial barrier we have had."

Kanye West's current 2020 US presidency bid has also gained some traction over the weekend, after he held his first campaign event in South Carolina yesterday (19 July). The Hollywood Reporter notes that the event was both "bizarre and uncomfortable", as West made an interesting comment about slavery (again), "Harriet Tubman never actually freed the slaves, she just had them work for other white people."

The rapper/designer/politician later broke down crying while discussing an abortion that his wife Kim Kardashian West almost got, saying, "I almost killed my daughter... even if my wife [Kim Kardashian West] were to divorce me after this speech, she brought North into the world, even when I didn't want to." During the rally, West did clarify his views on abortion after telling Forbes earlier this month that he was "pro-life", "The only thing that can free us is by obeying the rules that were given to us for a promised land. Abortion should be legal because guess what? The law is not by God anyway, so what is legality?"

Kanye West breaks down in tears after telling a story about how he almost encouraged Kim Kardashian to abort his daughter, North, and how his dad had wanted to abort him too:

“I almost killed my daughter!”pic.twitter.com/Ivk2xY6Vea

Last week, Chance The Rapper revealed he would trust Kanye West over Joe Biden for US president.