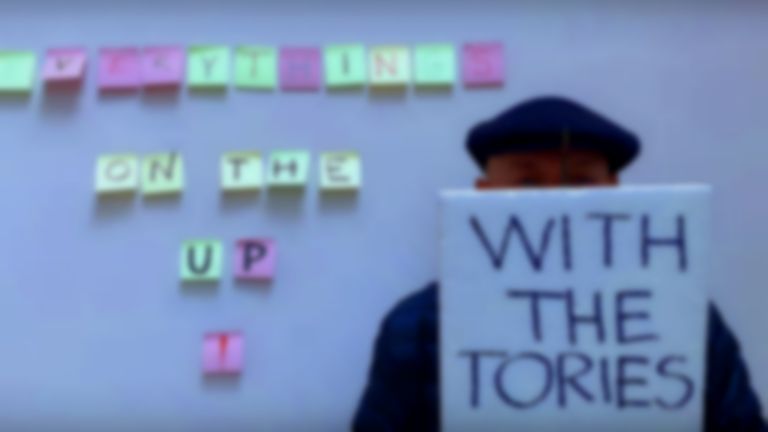 Brian Eno takes aim at the Conservative Party on his satirical new song "Everything's on the Up with the Tories".

The track is co-written with Amanda Palmer, and sees Brian Eno mention key issues surrounding the Conservative Party, including the future of the NHS and rising homelessness, as well as labelling the Conservatives as "the government from hell".

Eno's satirical song will also see him donate all proceeds made from the track to the homeless.

Brian Eno's "Everything's on the Up with the Tories" is out now.