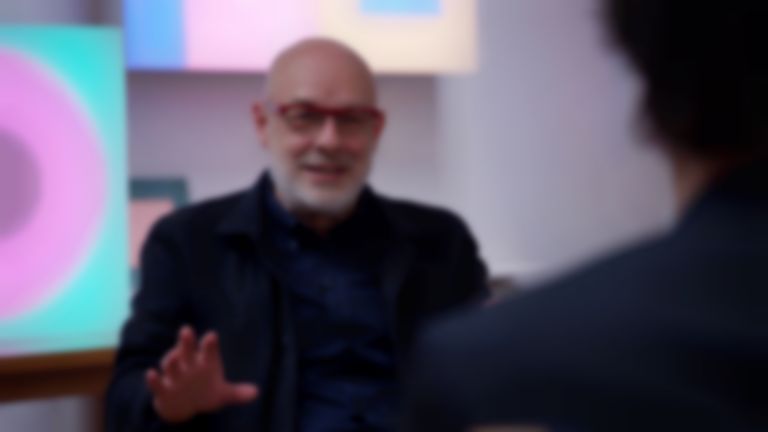 Brian Eno has revealed that he's got a Michael Stipe collaboration titled "Future If Future" landing on Earth Day next Friday (22 April).

Eno revealed news of "Future If Future" in a new interview with The Guardian earlier today (15 April), and confirmed that it'll feature R.E.M.'s Michael Stipe.

He said of the collaboration, which is being released for Earth Day next week (22 April), "I’ve just finished a piece this morning with Michael Stipe. This will be the first time I’ve worked with him, though I did sing with him once on Saturday Night Live or something like that. I’m very pleased with the way it’s gone. It’s a very good song, a very Stipe song. Beautiful lyrics, extraordinary piece."

The piece also revealed that Eno is one of nearly 100 artists that will release previously unheard music on Bandcamp to raise awareness and funds for the climate crisis on Earth Day. Bandcamp will reduce revenue shares to 10% from 15% for the day, with proceeds going to various causes related to the climate crisis.

Anna Calvi, The Weather Station, Declan McKenna, Murkage Dave. Coldplay and more are also set to be involved with Earth Day on Bandcamp next week.