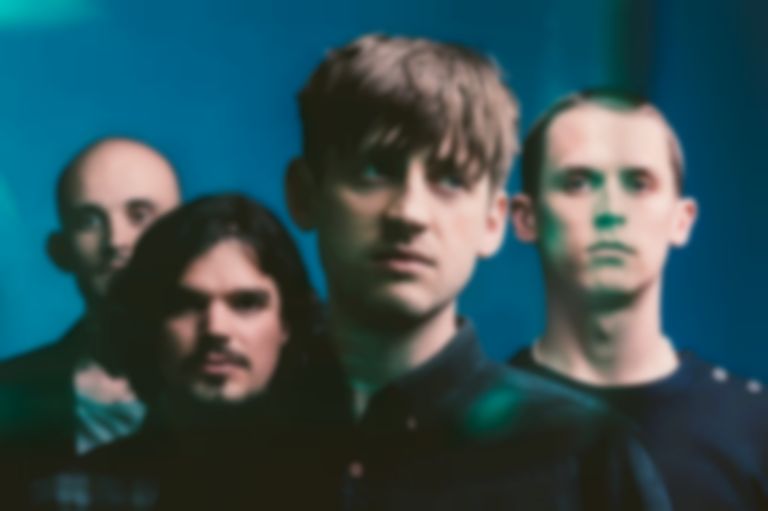 Boxed In mainman Oli Bayston speaks to Best Fit about new record Melt, working with Dan Carey, and the impact of Nick Cave.

What did you get up to between the end of Boxed In (the album) and starting Melt?

We did a pretty hefty dose of touring to support the album. Managed to get to the US twice - once for SXSW, returning for a tour of seven cities. I always like to keep busy producing other artists. I’ve been working on the Nimmo album for a while which has been fun. That’s nearly finished. As well as work on Zola Blood’s record, Rose Elinor Dougall’s album, and Little Cub. But I went straight back on to preparing for Melt pretty quickly. We unintentionally turned the album round quite fast as a result.

Could you tell us how Melt came together?

I wanted to maintain a similar recording scenario as the first album to begin with, but intended to add additional layers of synth and more intricate production to this one. So we started at Dan Carey's studio in Streatham. I then took the project back to my studio and slowly went mad completing it myself! Dan then mixed it. It worked out as a great process to make an album and I’m really glad with the results from mine and Dan’s co-production.

Its about a number of things. Some tracks are more direct and personal, which I feel need little explanation. But as an overall theme I turned inward on this record. The last album was very much about my relationship with others around me. This is often about battling myself, the inner psyche. I was inspired by Bill Evans’ album Conversations With Myself. Although there are no lyrics on this record, the idea of two piano parts incessantly conversing in an attempt to come to terms with one another resonates. It's like the daily struggle of our thought processes battling to make sense of the world.

Breathing in the first half, breathing out the second.

Can you tell us about "Jist" - why was it the first track we heard from the album?

The main lyric says it all really. How often do you find you can’t make sense of the world around you?  I find I have ultimate clarity when making music, but quite the opposite in my daily life.

What's the story behind "Forget"? How did you write/record it?

"Forget" was the first track that we wrote together as a band. The lyric is from the perspective of my inner psyche allowing me to forget the past, once and for all. I was really keen to get the band involved in some writing as I always love the music we come up with together in the rehearsal room. This track and "Open Ended" were written as a group.

How does Melt follow Boxed In - what's the biggest difference for you?

I guess we’ve broadened our spectrum. The idea was to keep the first album as concise and directly honed as possible. Using as few layers and instruments as possible. We wanted to maintain the same sound of the band on the second, but introduce new layers that could offer more complexity and emotion in the sound to accompany the songs.

What lessons have you learned making Melt?

I’ve learned that adding layers to the recording process can bring about great results. Working with Dan initially and then developing the music on my own has given me a real confidence in working like this in future. But mainly, I’ve learnt that I’m very lucky to be in a band with such good musicians. They really are a joy to make music with.

Dan is a great person to work with. He’s one of my best friends, which obviously helps. We have a natural understanding of each other’s tastes and he brings out the best in all our performances. It's always very reassuring that I can share production duties with Dan and know that he will have a good control of the recording process while I concentrate on performance.

What's the most important album of 2016 so far?

Probably Nick Cave's new one. It's heart wrenching. I’ve only listened to it a couple of times but I feel it will stand the test of time. The conditions in which it were written are so sad, but the fact that he decided to delve head first in to creativity as his outlet to grieve is justified by the transparency of his artistry on the album. I cried quite a lot when I first heard it.

You're playing Kamio soon - what should fans expect?

We’ve been working on playing most of the new album live. Having done a few festivals this year and played some new tracks, we feel super excited about the response the new songs have had side by side with the older tracks. Expect what the US call a ‘dance party’.

Do you have many plans for winter?

I’m really excited to be going to India in the winter to work on a project for The British Council called Mix The City, I’ll be recording musicians of all different styles and backgrounds in Delhi, which will culminate in a set of looped recordings that can be mixed together by anyone to turn in to their own ‘remix’ of the city’s musicians. It’ll be up on their website to have a go yourself at some point in the future. I’ve never been to India, so its a real privilege. I’ll also be performing a show out there alongside some of the musicians I record with.

Melt is out now via Nettwerk. Boxed In are touring lots in February - find out more.