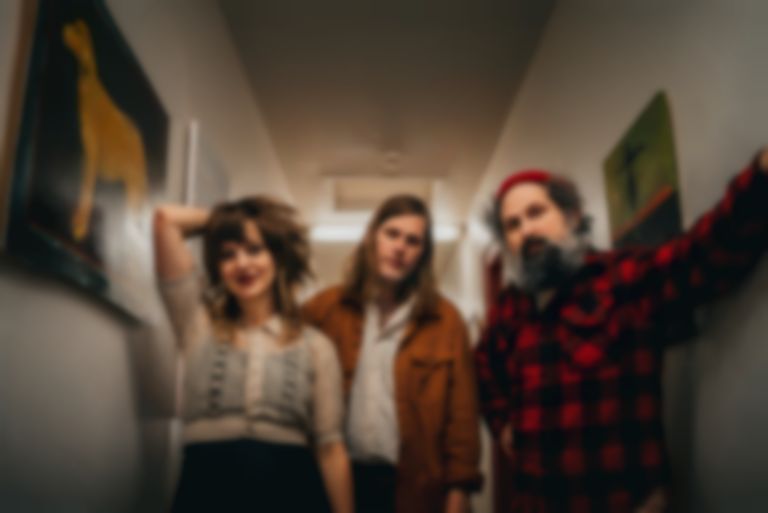 "California" is the first outing from Bonny Light Horseman since their 2020 cover of Elliott Smith's "Clementine", and is described by Eric D. Johnson as their "first West Coast song."

He explains, "This one started off as a little crooked minor-key old timey tune. Then the three of us took it through the ringer together and it became what you’re hearing now. We sat in a room in the woods of New York and clawed and pawed at it until it turned into a little bittersweet shuffler. Our first record was largely centered on the old world, whether it was some sort of mythical sweeping landscape on some British Isle, or maybe the old cities of the American East. This is probably our first West Coast song. It’s a sad one, a story about pulling up roots, new beginnings, goodbyes, early morning long drives, riding into the sunrise instead of the sunset. They usually don’t end movies riding into the sunrise but this movie has that scene."

Rolling Golden Holy will follow the trio's 2020 self-titled debut album, and was recorded between Aaron Dessner’s Long Pond studio and their "spiritual home", which is an old church called Dreamland.

"California" is out now. Bonny Light Horseman's Rolling Golden Holy album will be released 7 October via 37d03d Records, and is available to pre-order now.