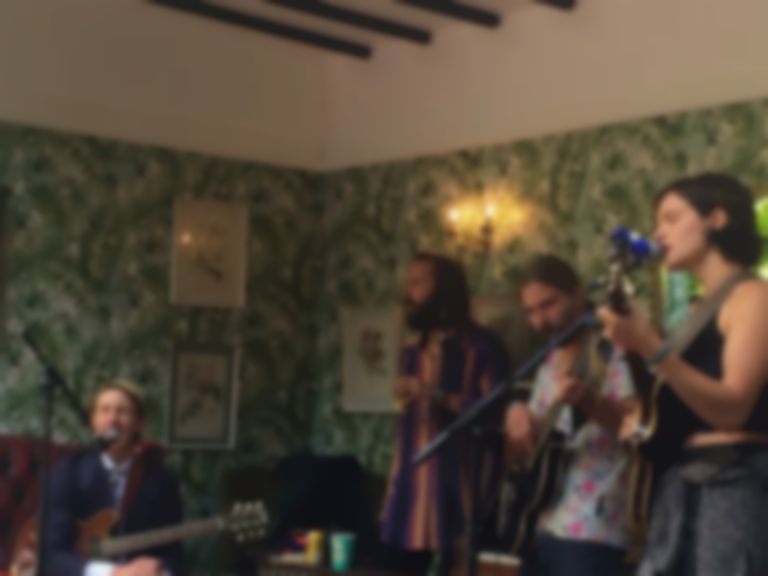 Big Thief kickstarted the secret sets at End Of The Road in front of the Piano Stage's biggest crowd yet.

Performing a stunning set - including favourites "Mythological Beauty" and "Not" - Big Thief made the moment even more special with a cover of Big Kitty's "Headed Nowhere".

"It often feels so unnatural to me to sing other peoples songs because I don't feel like I can own the emotion of it," Adrianne Lenker told Best Fit after their set. "I just fell in love with that song when I first got into Big Kitty's music. It was one that Buck [Meek] and I tried singing together and it just felt so natural. With that song I feel like I really feel it. I could feel the emotion of it."

The group played their five-song set in front of a crowd that included one half of Xylouris White, East India Youth, ex-Cocteau Twin Simon Raymonde, Blaenavon, and Lucy Dacus (to name a few).

"This was definitely intimate," Lenker enthuses. "In a way I think it can be a little more nerve-wracking, and feel a little more vulnerable. We didn't have a drum set and we just improvised. We just decided to put all the songs onto a four-on-the-floor beat. We've never done that. It was to throw ourselves into a more reactive place rather than just playing the songs through - we're going to be doing that tonight. People can see that tonight. We kind of wanted to do something a little more dangerous for ourselves."