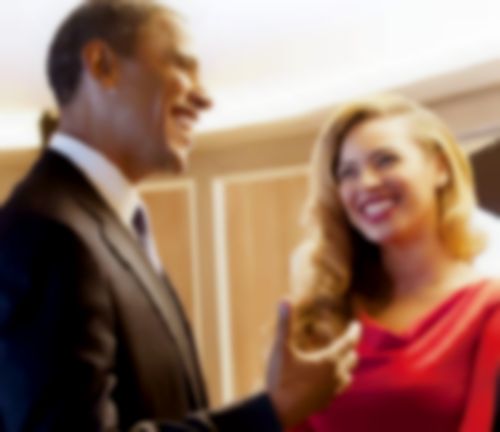 Beyoncé has been accused of miming the U.S national anthem at yesterday’s presidential inauguration.

The ceremony was held in Washington, DC to swear in President Obama’s second term of office, with the Destiny’s Child singer booked to perform ‘The Star-Spangled Banner’.

But now The Times report that the pop star was lip-syncing to a previously-recorded backing track.

“A spokeswoman for the Marine Corp Band said it was standard procedure to record a backing track and Beyoncé decided shortly before her performance to rely on the studio version rather than risk singing it live on the Capitol.”

Did Beyoncé mime? See for yourselves below: