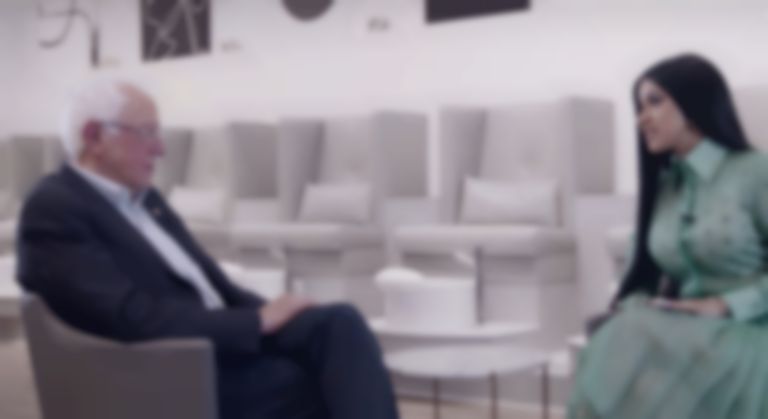 Cardi B's interest in a politics career has been backed by Bernie Sanders.

Earlier this week, Cardi B wrote on Twitter, "I think I want to be a politician. I really love government even tho I don’t agree with Government."

Speaking to TMZ about Cardi B's interest in politics, 2020 US President candidate Bernie Sanders said, "Cardi B is deeply concerned about what's happening in the country. She knows what it's like to live in poverty and struggle, and it would be great for her to bring that experience to politics."

Back in August 2019, Cardi B sat down with Bernie Sanders for an interview, and they bonded over Franklin D. Roosevelt, and spoke about topics such as police brutality, wages in the US, immigration, healthcare, and student debt.

Sanders has found some fresh fans amongst the music industry. Last weekend, he gave a shout out to Chicago indie band Ratboys after they performed at his campaign rally in Davenport.

Last week, Cardi B shared a two-second teaser of an unreleased single.