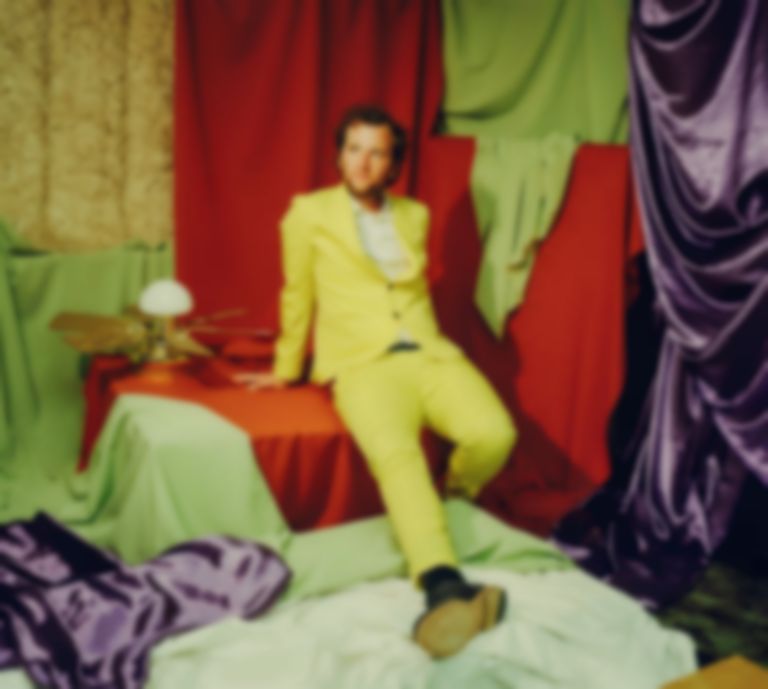 "Dead Hand Control" and "Take It From Me" arrive as the third and fourth tasters of Baio's new album, following last year's lead tracks "Endless Me, Endlessly" and "What Do You Say When I’m Not There?".

Baio says of the album title-track, ""Dead Hand Control" is a song about anxiety and the limits of control. I was thinking a lot about how, as a musician, I have control over what a recording is, but that once I put a song out into the world, I no longer control its life. That’s essentially what the chorus line is saying - "Dead Hand Control / You can take my life but you will never take my soul" - you can do whatever you want to me, but the things I’ve made will (hopefully in some way) outlast me. I’d like to give a special shoutout to Jazz Ambassador Robby Sinclair for his absolutely heroic improvised drumming on the back half of the song. I filmed the video on my phone at home during Los Angeles’ second stay-at-home order."

He adds of "Take It From Me", ""Take It from Me" is an attempt at writing my version of a children’s song or a standard. Like many songs on Dead Hand Control, it is about being there for the people in your life to the fullest extent you can. It’s a song based around a very simple idea: you can take whatever you want in the world, so long as you take it from me."

Dead Hand Control was recorded over the space of 18 months between Damon Albarn's London 13 Studios and his C+C Music Factory in LA.

The album title is inspired by a rumoured Soviet missile system designed to destroy America. Baio explains, "I was looking at the past five years of American life and obsessing about topics like death, wills and nuclear war, but at its heart, it’s about how the only thing you can control is the way you treat the people in your life."

"Dead Hand Control" and "Take It From Me" are both out now. Baio's Dead Hand Control album lands via Glassnote Records on 29 January 2021, and is available to pre-order now.