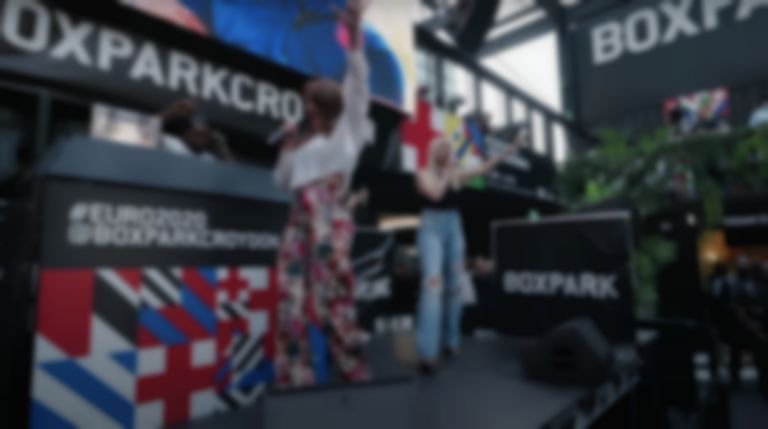 The Gareth Southgate remix of Atomic Kitten's "Whole Again" became a fan-favourite during the 2018 World Cup, and following England's Euro win against Ukraine on Saturday (3 July), Atomic Kitten took to the stage at Boxpark Croydon to deliver a performance of the football rendition of their "Whole Again" hit.

Natasha Hamilton and Liz McClarnon got the fans involved with the performance, which features the lyrics: "Looking back on when we first met / I cannot escape and I cannot forget / Southgate you’re the one / You still turn me on / Football’s coming home again."

Hamilton wrote of the performance on Twitter, "When you and your Bessie mate of 20+ years do a gig with new words adopted by England fans!...very surreal but so much fucking fun!"

Last week Stormzy was spotted watching the England v Germany game at Boxpark Croydon, and kept his promise by attending a fan's afterparty following the match.