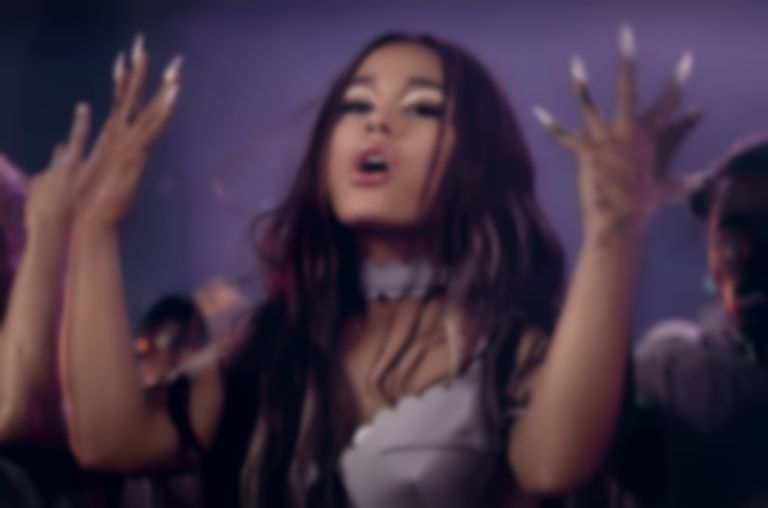 Ariana Grande has officially announced her new single "Positions", which will be available from Friday (23 October).

Over the weekend Ariana Grande shared a clip of her typing out the word "Positions" on a keyboard, and linked to her site which featured two countdown clocks.

The first countdown clock ends late on Thursday night (22 October), and this afternoon Grande confirmed that it'll be a single titled "Positions", and shared the artwork and pre-save link.

Fans reckon that the second countdown clock (which ends on 30 October) will be her album, potentially also titled Positions, after Grande revealed in a tweet that she's dropping her follow up to last year's thank u, next. LP this month.

Although Grande hasn't released her own music this year (yet) she did feature on Justin Bieber's "Stuck With U" and Lady Gaga's "Rain On Me" in May.